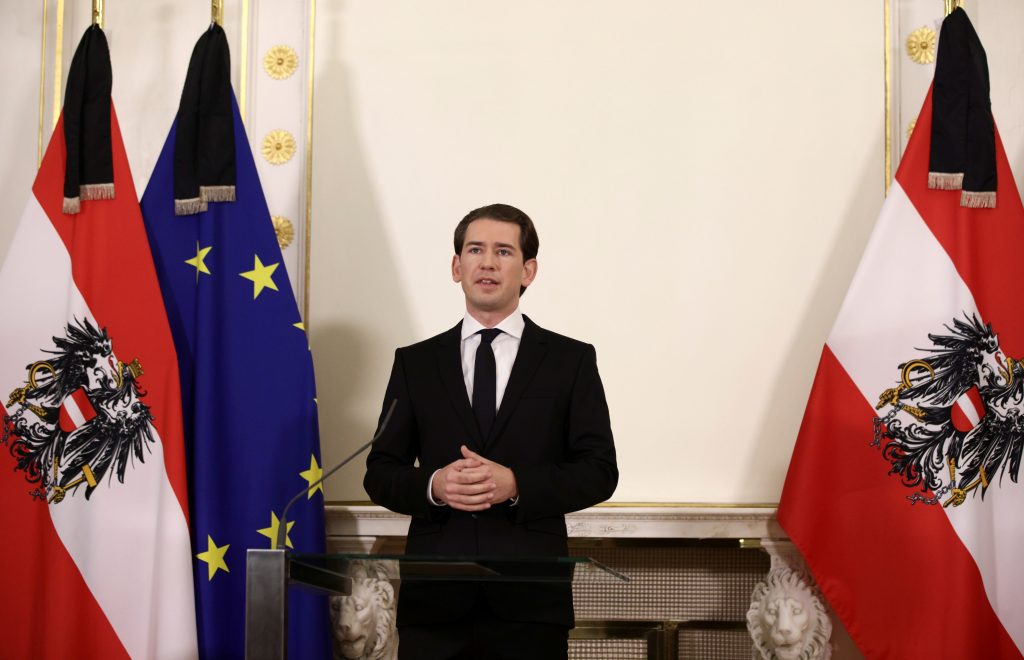 Austria plans to make it possible for courts to imprison those convicted of terrorism-related offenses for as long as they are deemed a threat, the government said on Wednesday.

The move follows a shooting rampage in Vienna last week in which a convicted jihadist who had been released early from prison killed four people. He was later shot dead by police.

The 20-year-old terrorist had been sentenced to 22 months for trying to join the Islamic State terror group in Syria. Austria has admitted to an intelligence failure in the run-up to the attack.

Kurz said that could become an option for courts when sentencing those convicted of terror crimes. For those who have already served their sentence, Austria would plan more systematic monitoring through electronic tagging.

Last week’s attack was the first such deadly terror assault in a generation in the small, neutral country.

Proportionally, Austria has a relatively large number of people who have joined Islamic State in Syria or Iraq or sought to. Kurz put the number of “foreign terrorist fighters” in Austria at more than 150, some of whom are in prison.

In addition, more than 100 have yet to return to Austria, he added.

It was not clear how such indefinite custody would be made compatible with the European Convention on Human Rights. When asked if similar measures exist elsewhere, Kurz said some countries had reinforced their measures but did not name any.

Vice Chancellor Werner Kogler, who leads the junior coalition party, the Greens, said the new measures would apply to “all forms of terror,” including “terror by neo-Nazis.”