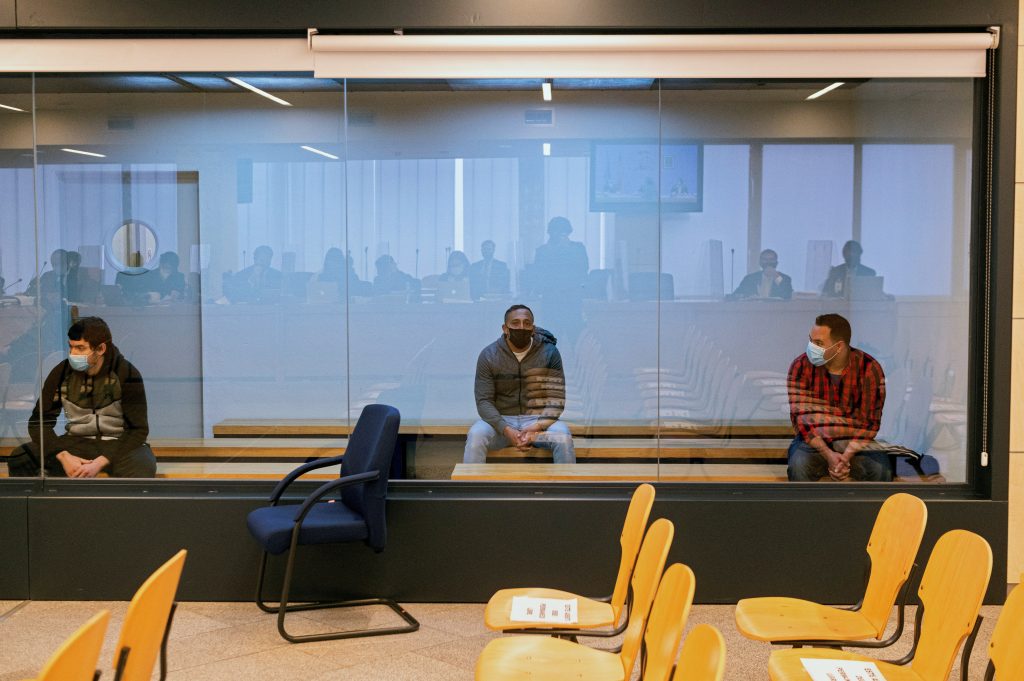 Three people went on trial Tuesday in Spain for their alleged roles in terror attacks around Barcelona that killed 16 people and injured 140 others in 2017.

The three — Driss Oukabir, Mohamed Houli Chemlal and Said Ben Iazza — are not accused of taking part directly in the attacks but of forming part of the terror cell that carried them out. They have been in custody for the past three years.

The six people who carried out the attacks were later shot and killed by police. The Islamic State group later claimed responsibility for both attacks.

Prosecutors in the trial are asking for prison terms ranging from eight to 41 years.

On Aug. 17, 2017, a man driving a van plowed into a section of Barcelona’s crowded Las Ramblas boulevard, killing several people and injuring many others before escaping on foot.

Several members of the cell carried out a similar vehicle attack in the nearby resort town of Cambrils before they were shot dead by police. The attackers were carrying knives and fake explosive belts.

Witness Carlos Tena told The Associated Press that he had been coming out of an alleyway near Las Ramblas that day and heard people screaming and the sound of a car hitting people. Images filmed by Tena on his phone in the immediate aftermath of the attack showed bodies and victims strewn across the street.

Tena said he is still unable to resume his normal life after having been diagnosed with depression and post-traumatic stress disorder following the attacks. He said he hoped the trial “would condemn these persons to the maximum years possible.”

The trial started with a video showing members of the cell, including one of defendant Houli Chemlal preparing explosives while the group laughed and joked and threatened to carry out terror attacks.

Houli Chemlal told authorities after his arrest that he had been told what to say during the video and that he did not agree with what they did. He declined to take prosecutors’ questions Tuesday but told the court he has “always shown my desire to collaborate and my repentance.”

Two members of the cell, including an imam believed to have been the ringleader, died in an explosion at a country house where they were preparing explosives hours before the vehicle attacks. Houli Chemlal was injured in the blast.

Oukabir, whose name was on the rental contract for the Barcelona van, told the court he rented it as a favor, thinking it was a house removal. He claimed he had not known the imam and was not religious.

Police believed the cell had been planning to attack major monuments and other sites with the explosives.