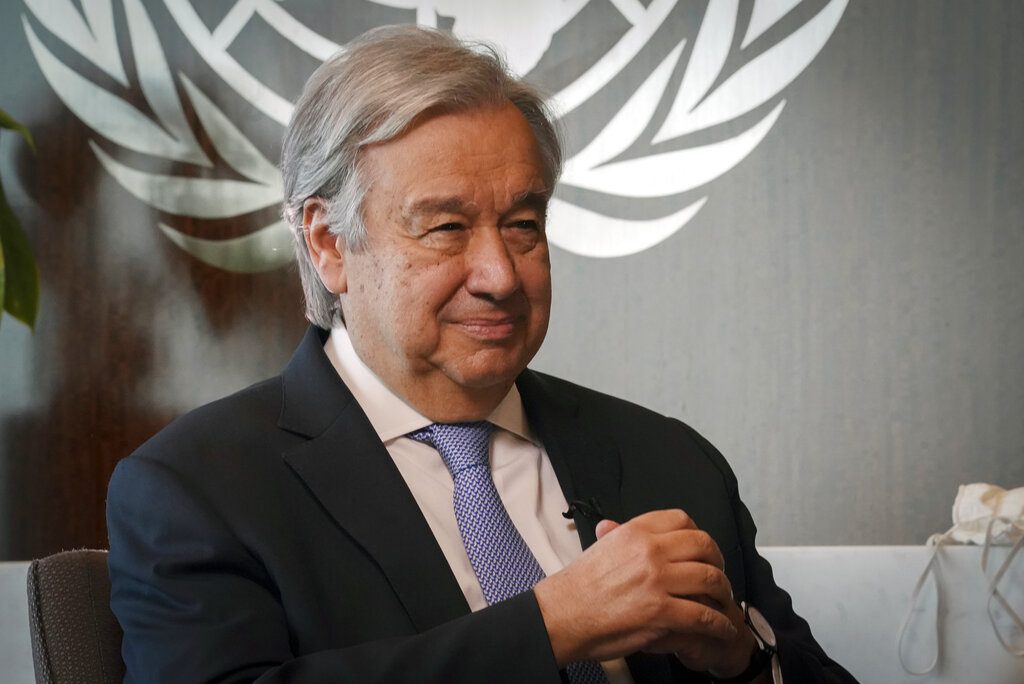 The United States is facing its first review in five years at the U.N.’s main human rights body, with the detentions of migrant children and the killings of unarmed people by the police among issues high on minds.

Foes from countries like Iran, Syria, Venezuela, Russia and China were among those seeking to question and scrutinize the United States as the Human Rights Council gave the U.S. its turn Monday in a regular examination of every U.N. member state’s record on human rights known as the Universal Periodic Review.

Nearly 120 countries lined up for slots to raise questions in the 3 1/2-hour session that follows up on an August report about the U.S. rights record over the past several years — and what steps U.S. authorities are taking to improve it.

U.S. Ambassador Andrew Bremberg said the strength of the U.S. democratic system is that “it allows for continued scrutiny, advocacy and debate, which fuels progress and reform,” and said “we are willing to openly acknowledge our shortcomings.”

“As we witness a time of unprecedented degradation of human rights by authoritarian governments around the world, it is more important than ever to stand up to defend human rights and fundamental freedoms, and we do so by demonstrating we welcome transparency and constructive criticism,” Bremberg said in opening remarks.

A sampling of some of the questions sent in advance suggested intensity scrutiny of the U.S. record on human rights.

China asked how many migrant children had been detained and how many migrants had died in detention in the U.S. over the past four years; Iran asked if the U.S. will end its “unlawful practice” of imposing sanctions on other countries; the Syrian government asked what measures U.S. authorities had taken to end the “occupation” of its territory by U.S. forces.

“Does the United States plan to end military intervention in other countries and stop killing their civilians wantonly,” asked China’s delegation.

Envoys — most of them beaming into the Geneva session via videoconference because of the COVID-19 pandemic — were to be granted less than a minute to air their questions and comments, while an array of U.S. officials were on hand in person and virtually to take part.

The United States last came up for its turn for such a review in 2015. The Trump administration pulled the United States out of the Human Rights Council two years ago, accusing it of being too accepting of autocratic regimes that regularly abuse human rights as members.