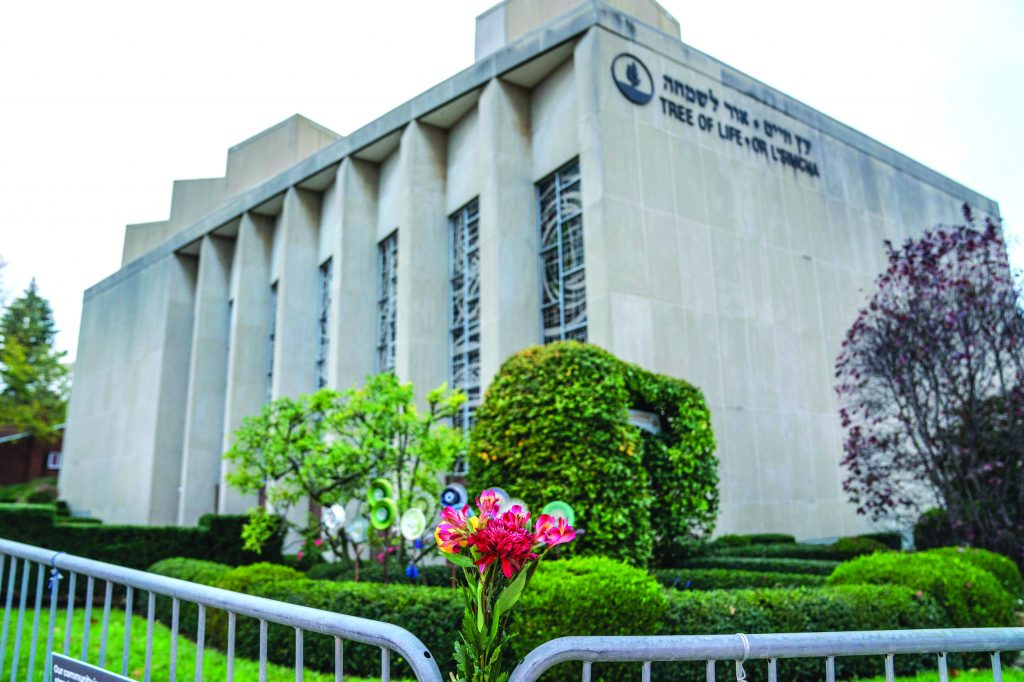 Two years after the deadliest anti-Semitic attack in U.S. history, the Jewish community in the Squirrel Hill neighborhood of Pittsburgh is planning to commemorate the yahrtzeit of the 11 victims of the shooting in the Tree of Life congregation on 18 Cheshvan (which falls on November 5 this year) with a somber ceremony.

While the devastating massacre caught the attention of the entire nation, time moved on, and as the saying goes, it heals all wounds. But surely not for the families of the victims and for the residents of Squirrel Hill. Outside that circle, the tragic events of that fateful day have receded from the collective memory of most Americans, including most Jewish communities across the country.

In Jewish law, there is a paradox in regard to remembering as opposed to forgetting. While we are commanded (Devarim 25:17) to remember how Amalek attacked our nation when they left Mitzrayim, we are also told (Pesachim 54b) that there is a decree for the dead to be forgotten. When are we ordered to remember and when is forgetting in order?

Perhaps the solution can be gleaned from a legend that Napoleon witnessed Jews crying over the destruction of the Beis HaMikdash on Tishah B’Av. When he was informed that it had occurred well over 1,700 years earlier, he remarked, “If you are still grief-stricken over it now, then it is not destroyed!”

If there were no decree from Above for a dead person to be forgotten from one’s heart, one would remain in a state of bereavement and despair, unable to carry on. The fact that a person continues to cry is a sign that, in a sense, the deceased remains and the sorrow endures. The cessation of tears signifies that the person has left, and with him, the pain leaves as well.

When a person suffers a personal loss, it is crucial that he begin to forget as time goes on in order for him to move on with life without being paralyzed by the passing of his loved one. Over time, the memory grows faint and begins to fade, allowing new growth through new experiences and relationships.

Communal grief, on the other hand, is on a different plane. Remembering the deeds of Amalek is not for personal reasons but because the Throne and Name of Hashem remain incomplete. Mourning over the Churban is remaining cognizant that we are still in galus, with the honor and glory of the Shechinah still concealed. The expression of pain is not for ourselves but for our longing to be reunited with Hakadosh Baruch Hu. The pain lingers to remind us that indeed, our loss remains.

While initially we cried along with the victims of the Tree of Life massacre, time indeed healed some of the raw pain that we shared with the families and neighbors of the victims. But our anguish over the hatred that our brethren suffered remains an open wound that does not subside with time. That is, of course, until the Throne and Name of Hashem are complete with the revelation of the glory of the Shechinah. n