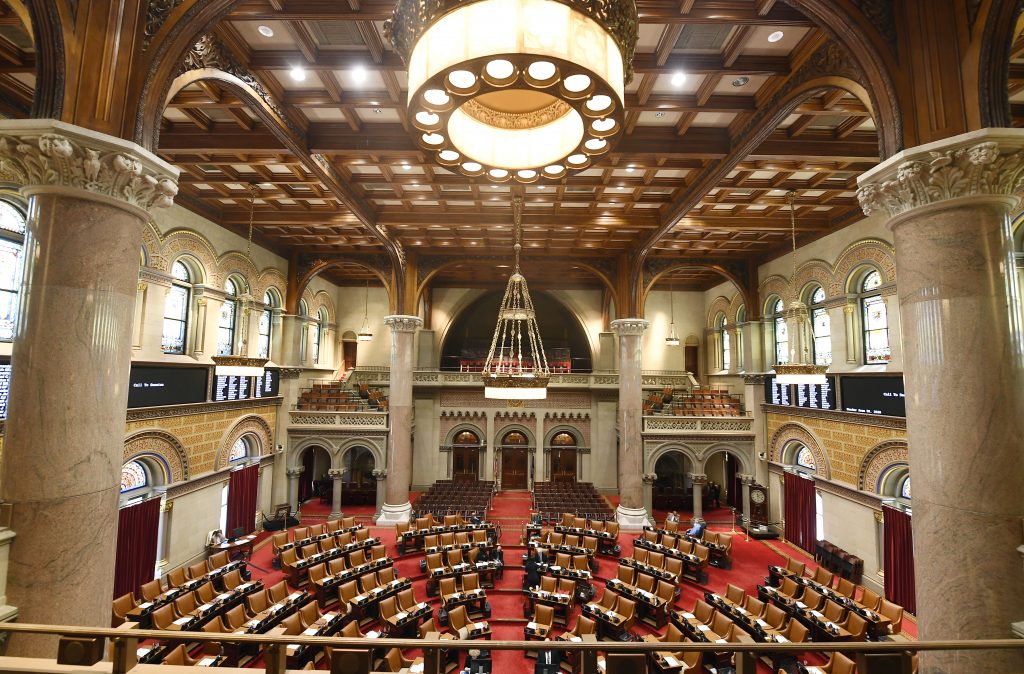 The fate of Democrats’ bid for a supermajority in New York’s Legislature remained uncertain Thursday as election officials prepared to start counting a mountain of absentee ballots.

Democrats, who have a 40-23 majority in the state Senate and two-thirds control in the Assembly, need two more Senate seats for a veto-proof majority.

The party had hoped that anger at President Donald Trump would translate into big gains for Democrats in New York, especially in suburban areas. But that expected “blue wave” doesn’t appear to have happened, based on results so far.

Results in both legislative and congressional races are likely to take some time to become clear as counties count at least 1.2 million absentee ballots in the days ahead.

Gov. Andrew Cuomo, the state’s most powerful Democrat, advised patience, saying he thought the party would ultimately do better once those ballots are counted.

“But it shouldn’t have been this close,” he added. “I believe the Republicans beat the Democrats on the messaging. I think they branded Democrats as anti-law and order. And that hurt Democrats.”

Eight key races could determine whether Democrats get the state Senate supermajority. Five involved vulnerable Democratic incumbents. Three were open seats, two previously held by Republicans and one previously held by a Democrat.

As of Thursday, Republicans were leading in all eight of those races, but Democrats expected that could shift once absentee ballots are counted.

Winning a supermajority would give slightly more leverage to legislative leaders, who now must win Cuomo’s support for any bills they pass. A veto-proof majority of Democrats would give them the power to break with the governor, a centrist, on occasion.

Decisive results were also elusive in a number of New York congressional races, though Republicans could reverse some of the gains Democrats scored in the 2018 midterm elections.

The Associated Press has not called the winner in any of those races as of Thursday because of the number of outstanding absentee ballots.

About a half-dozen progressives who ousted incumbent New York City Democrats in the June primary for Assembly races were expected to win in the general election, including community organizer Jessica Gonzalez-Rojas, lawyer Jenifer Rajkumar and nurse Phara Forrest.

Any shifts in the balance among centrist Democrats, the governor, the party’s liberal wing and the Republicans could impact next year’s legislative agenda.

Sticky issues in the year ahead could be a potential move to legalize marijuana for recreational use and fights over criminal justice reform. Republicans have mounted a politically effective attack on changes in the law that made it easier for many defendants in criminal cases to avoid having to pay bail money to get released while awaiting trial.

And much of next year’s session is expected to be dominated by solving the state’s budget crisis and preventing drastic spending cuts. Senate Majority Leader Andrea Stewart-Cousins has said she supports the Assembly’s push to raise taxes on the wealthy to help fill revenue holes.