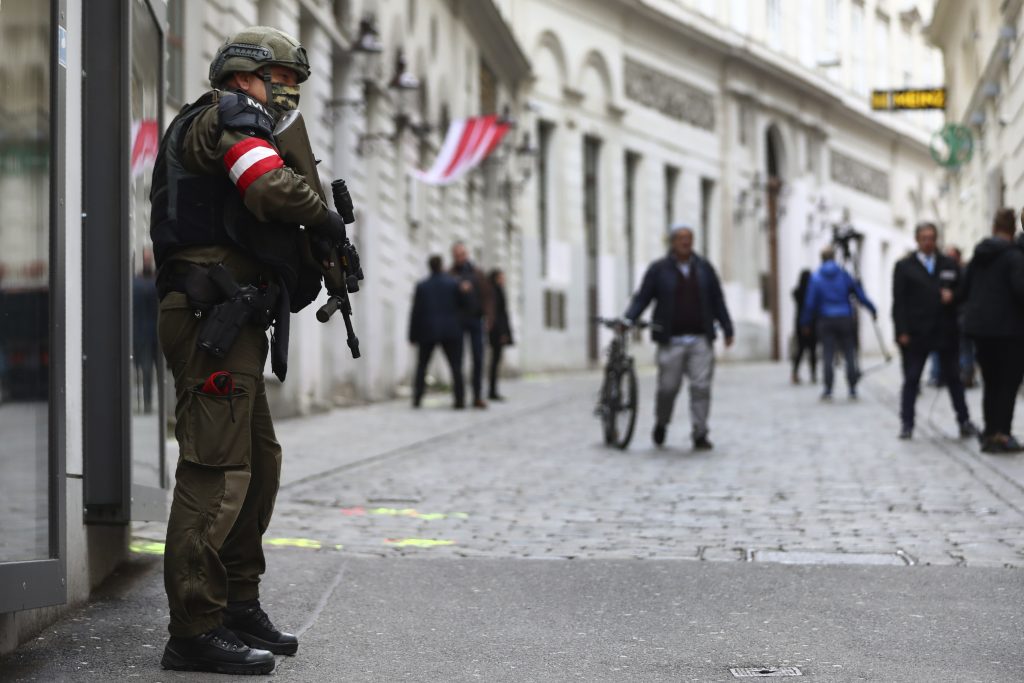 Austrian leaders called Thursday for more legal options to fight extremism and for an overhaul of the country’s domestic intelligence agency in the wake of this week’s deadly attack blamed on a known Islamic radical who Austrian authorities had been warned had tried to buy ammunition in neighboring Slovakia.

The gunman, identified as 20-year-old Kujtim Fejzulai, had a previous conviction for trying to join the Islamic State terror group in Syria and had been given early release in December.

A dual national of Austria and North Macedonia, Austrian authorities said they were unable to revoke Fejzulai’s Austrian citizenship after his conviction and that he had duped the justice system’s deradicalization program after his release into thinking he had reformed.

Chancellor Sebastian Kurz told a special session of Parliament on Thursday that Austria currently doesn’t have all the legal means necessary to monitor and sanction extremists, and that the government couldn’t allow a repeat of the situation that led to the attack Monday night. The gunman fatally shot four people and wounded 20 others with an automatic rifle before being killed by police himself.

Interior Minister Karl Nehammer on Wednesday said Slovak intelligence in the summer had informed Austria that Fejzulai was trying to buy ammunition, and “something apparently went wrong with the communication in the next steps.”

He proposed setting up an independent panel to be set up to examine “where things happened that shouldn’t have happened.”

Kurz said Austria’s domestic intelligence agency had suffered a loss of trust with this and other recent scandals, APA reported.

“It now has to be repaired,” he told lawmakers.

Vice Chancellor Werner Kogler added that it was time for a “new start” and a “realignment” of the agency, known by the German acronym BVT.

He warned against “premature accusations,” however, saying an independent commission would determine where mistakes were made.

In the aftermath of the attack, Austrian authorities detained 14 people with alleged contacts with the suspect for questioning.

Nina Bussek, a spokeswoman for Vienna prosecutors, said her office was going through each case individually to determine Thursday whether to ask a judge to allow them to hold them longer, or to let them go.

Nehammer said Wednesday those detained range in age from 18 to 28 and all have immigrant roots. Some don’t have Austrian citizenship.