Politics No Winner Yet In Cliffhanger Presidential Election
Politics 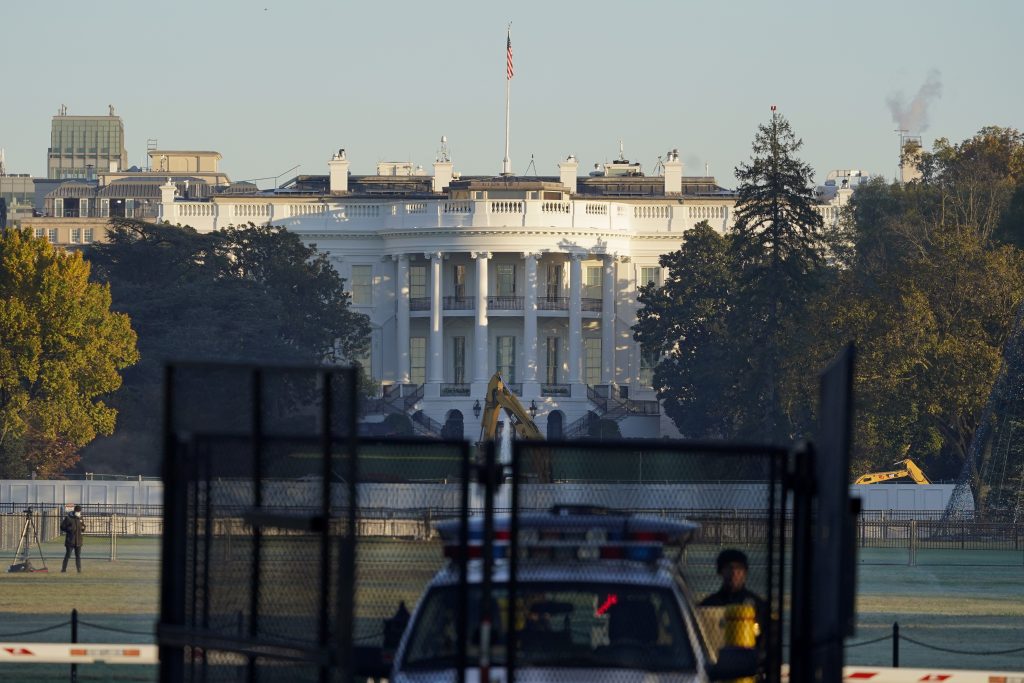 The presidential election remained unresolved Wednesday, as Democrats came up short in their attempt to make the vote an overwhelming repudiation of President Trump and his handling of the coronavirus pandemic.

On Wednesday morning, vote totals showed Trump and Democratic nominee Joe Biden separated by thin margins in Nevada and Michigan – where Biden was up – and in Georgia and North Carolina, where Trump led. Analysts expected that Biden might gain ground in some or all of these states, because many of the remaining ballots were either from big-city voters or early voters, who are disproportionately Democrats. Biden had assured supporters a day earlier that he would ultimately prevail.

Both campaigns predicted victory during simultaneous telephone press briefings Wednesday. The Trump campaign did not say where they may begin widely expected legal challenges.

“We are confident in our path,” Trump campaign manager Bill Stepien said.

Biden campaign manager Jen O’Malley Dillon told reporters the Democrat “is on track to win this election and he will be the next president of the United States.”

Still, it was a sober moment for Democrats, who failed to score the decisive national referendum on Trump that Biden had sought.

Attention on Wednesday turned to millions of votes still being counted in key states and potential legal challenges, as Trump claimed that the changing tallies Tuesday night suggested they are suspect.

“Last night I was leading, often solidly, in many key States, in almost all instances Democrat run & controlled,” Trump tweeted shortly after 10 a.m. “Then, one by one, they started to magically disappear as surprise ballot dumps were counted. VERY STRANGE, and the “pollsters” got it completely & historically wrong!”

The ballots being counted overnight and on Wednesday are neither dumps nor a surprise. In almost all cases they are among the millions cast by Americans who chose to vote early or by mail, rather than in person on Election Day.

Trump is right, however, that polls that showed Biden with comfortable leads in several swing states do appear to have missed the mark.

Trump asserted early Wednesday that he had already won, despite the paths to victory that remain for Biden. He claimed he will ask the Supreme Court to intervene in the election process, saying that voting must stop and claiming that by continuing to count votes already cast, the Democrats would be stealing the election. Polls have closed, and no more votes are being cast, only tallied.

“To me, this is a very sad moment, and we will win this. And as far as I’m concerned, we already have,” Trump said in an appearance before supporters gathered at the White House.

Trump was buoyed by projected victories in Florida and Ohio, while also keeping his margins with Biden tight in Georgia, North Carolina and Texas – all of them too close to declare a winner overnight. The Biden campaign called Trump’s claim of victory “outrageous, unprecedented, and incorrect.”

Turnout in Tuesday’s historic vote was on pace to be the highest in more than a century, as Americans chose whether to give Trump a second term. With the country gripped by the deadly virus, millions of people chose to vote by mail or by other means, contributing to enormous backlogs of ballots that may take days to tally.

Biden’s narrow lead in Wisconsin expanded to about 20,000 votes – out of more than 3.2 million tallied – as counting continued Wednesday morning.

President Trump will request a recount in Wisconsin after “voting irregularities” were observed, campaign manager Bill Stepien. “There have been reports of irregularities in several Wisconsin counties which raise serious doubts about the validity of the results. The President is well within the threshold to request a recount and we will immediately do so.” An apparent losing candidate can request one if the margin is less than 1%

After Trump appeared to hold the lead on election night, Biden overtook him in the early morning hours when absentee votes in Democratic-leaning Milwaukee were reported. After some late returns from Green Bay and Kenosha, Biden’s lead expanded again slightly on Wednesday morning.

In 2016, Trump carried Wisconsin over Democrat Hillary Clinton by a margin of 0.8 percentage points, adding 10 electoral college votes to his total.

Results for the contest in Michigan between Trump and Biden also remained too close to call Wednesday morning.

Meanwhile, Pennsylvania officials labored to count more than 1 million mail-in ballots, including many from the Philadelphia area, where Biden is presumed to hold an edge. As of Wednesday morning, Trump held a sizable lead, at least partly because of in-person votes on Election Day, which were cast disproportionately by Republicans.

In the run-up to Tuesday, Trump complained about a potentially drawn-out vote count that would not be completed on election night, repeatedly attacking the Supreme Court in recent days for its rulings allowing some states to continue accepting ballots if they arrive after Election Day. He has exhibited a special focus on Pennsylvania.

Trump told supporters such a scenario could be “physically dangerous” for the country, and he has threatened to challenge late-arriving ballots. “We’re going to go in night of, as soon as that election is over, we’re going in with our lawyers,” Trump told reporters Sunday, bemoaning the potential for the counting of late-arriving ballots to delay the election results.

Meanwhile, Democratic Gov. Tom Wolf of Pennsylvania, where these battles may play out most dramatically, pledged that every vote would be counted.

“We still have over 1 million mail ballots to count in Pennsylvania. I promised Pennsylvanians that we would count every vote, and that’s what we’re going to do,” Wolf said.

In races for the House and Senate, Trump’s unexpectedly strong performance in some places paid dividends for Republicans: Many had feared a wipeout if down-ballot candidates were dragged down by the president. Even with many races still uncalled, on Wednesday morning it was clear there had been no wipeout.

More than 100 million Americans voted early in person or by mail – by far a record – and overall turnout was expected to exceed the 136.7 million who voted in the 2016 presidential campaign.

In many key states, Biden led in early vote totals, a recognition of his campaign’s push for Democrats to vote early. But Election Day voters broke for Trump, in some places by wide margins, according to preliminary exit poll data.

At Biden’s election night event in Wilmington, where Democrats had prepared to possibly celebrate an early landslide victory, campaign aides played down the national ramifications of his disappointment in Florida, where he was projected to lose the state after significantly underperforming in the vote-rich Miami area.

Though Biden did not have to win Florida to secure the 270 electoral college votes required to win the presidency, he invested heavily in the state and dispatched the Democratic Party’s most popular figure, former president Barack Obama, to campaign in Miami on Monday night.

Trump showed surprising strength in Miami-Dade County, the most populous in Florida and one that traditionally leans Democratic and is home to a large community of Cuban Americans and immigrants from Venezuela.

In 2016, Democrat Hillary Clinton won Miami-Dade County by a margin of almost 30 percentage points, but on Tuesday, Trump appeared to have narrowed Biden’s lead there to less than 10 points.

Preliminary exit polls showed about a third of voters said the economy was the most important issue in their vote, while roughly 2 in 10 listed the coronavirus or racial inequality. Smaller shares named crime or health-care policy, according to the polls, conducted by Edison Research.