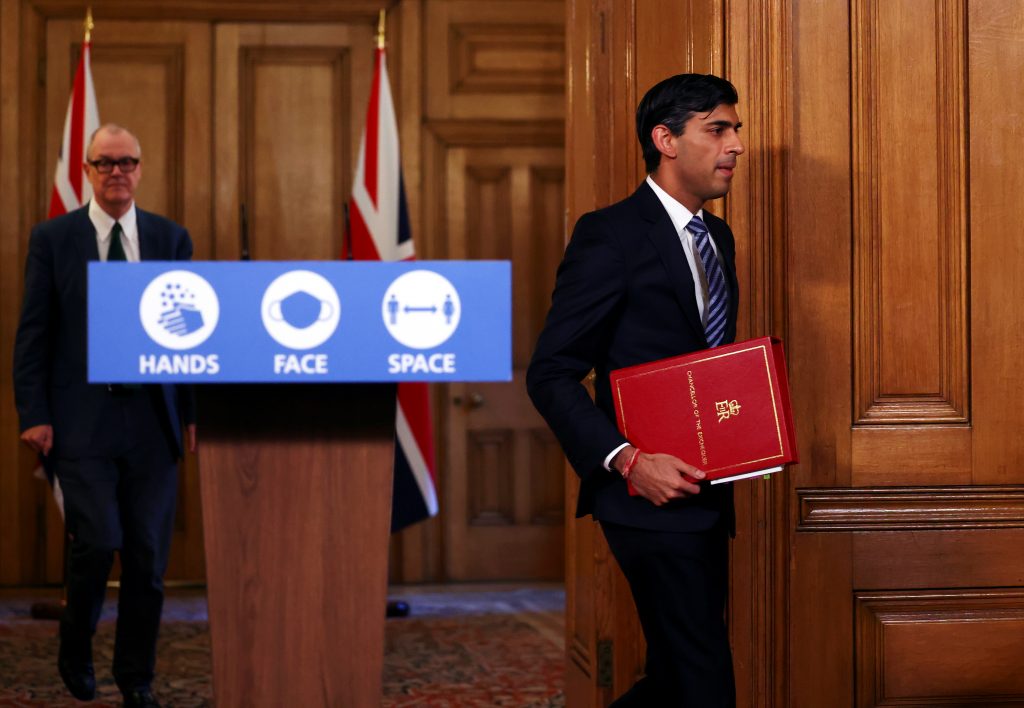 Britain’s government will seek to lift its four-week coronavirus lockdown for England in early December, Finance Minister Rishi Sunak said on Monday, a day after another minister said it might have to be extended.

“Our hope and expectation is, on the basis of everything that we know today, that these measures will be sufficient to bring the R rate to where we need it to be, and therefore we can exit back into the tiered approach,” Sunak told BBC radio.

Prime Minister Boris Johnson on Saturday ordered a lockdown for England from Thursday, a move that will weigh on Britain’s budget deficit and its 2 trillion-pound debt mountain, and probably cause the economy to shrink again.

On Sunday, Michael Gove, a senior minister in Johnson’s government, said the lockdown could be extended.

Sunak also told the BBC that he would increase financial support for self-employed people after he announced on Saturday a one-month return to 80% wage subsidies for employed people who are temporarily laid off.