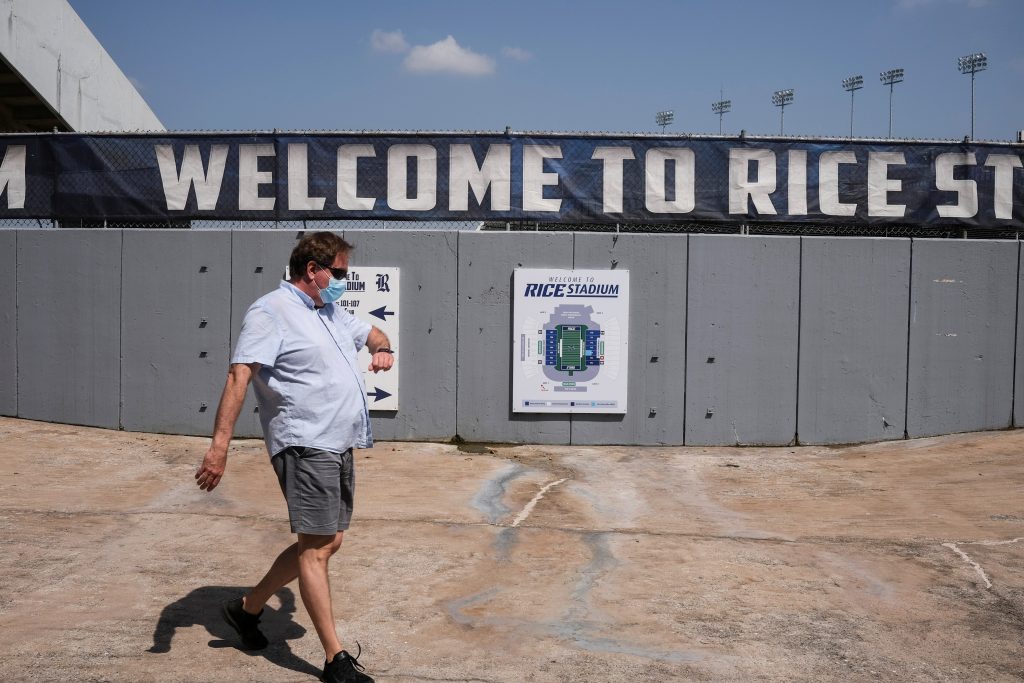 Texans have already cast more ballots in the presidential election than they did during all of 2016 — an unprecedented surge of early voting in a state that was once the country’s most reliably Republican, but may now be drifting toward battleground status.

More than 9 million ballots had been cast as of Friday morning in the nation’s second-most-populous state, exceeding its 8.9-plus million votes four years ago, according to an Associated Press tally of Texas’ early vote data.

Texas is the first state to hit the milestone, according to AP’s count. This year’s numbers were aided by Democratic activists challenging in court for, and winning, the right to extend early voting by one week amid the coronavirus pandemic.

Voters statewide don’t register by party affiliation, so no one can yet know which side will benefit from surge. Turnout has also been inflated by Texas’ booming population. More than 16.9 million Texans are registered to vote in 2020, a roughly 1.8 million increase from 2016′s about 15.1-plus million. The number of early votes so far accounts for only about 53% of statewide registered voters, while about 59% of registered voters cast early and Election Day ballots in 2016.

Still, the fact that the state exceeded its entire vote total for the past presidential cycle with hours still to go in an early voting period ending Friday evening — and before millions more people are likely to cast Election Day ballots — hints at a potential electoral sea change.

For Democrats, anything different is likely positive. The party hasn’t won a state office in Texas since 1994 — the nation’s longest political losing streak — nor seen one of its presidential nominees carry the state since 1976. The party now believes it has a chance to seize control of the state House, flip as many as six congressional seats and a Senate seat.

President Donald Trump carried Texas against Hillary Clinton in 2016 by a comfortable 9 points, though that was the smallest margin of Republican victory since 1996.

According to an Associated Press analysis of data from the political data firm L2, Texas has the highest share of its registered voters who are either new or infrequent voters of any battleground state. Roughly half of its voters have either never cast a ballot or done so in half or fewer of the elections for which they were eligible.

So far, 36% of Texas’ vote comes from this group of irregular voters. That could bode well for keeping Texas Republican, since that’s precisely the cohort Trump’s reelection campaign is trying to appeal to as it looks to expand his base.

Meanwhile, because Texas is one of the few states that maintained its already-strict rules preventing most of its residents from using mail-in ballots during the pandemic, some of the huge lines at in-person early voting locations may be a reflection of it being the only way most of the state’s voters can cast a ballot before Election Day — further potentially inflating the totals.

Democrats nonetheless point hopefully to areas like Harris County, the state’s largest and home to Houston, where they swept every major election in 2018, to argue that the state is fast becoming more blue. About 1.3 million Harris County voters had cast early ballots so far compared to less than 980,000 in 2016, and the share of registered voters countywide voting early had reached about 58% so far, compared to 54% in total early voting four years ago.

Democratic presidential nominee Joe Biden’s campaign has for months insisted that Texas, with its 38 electoral votes, is among the traditionally conservative states it is looking to flip — though it has long been more bullish on Arizona. Biden’s running mate, California Sen. Kamala Harris, is visiting Fort Worth, Houston and the U.S.-Mexico border town of McAllen on Friday, just four days before Election Day, using precious campaign time on the state far later than any other major national Democrat in decades.