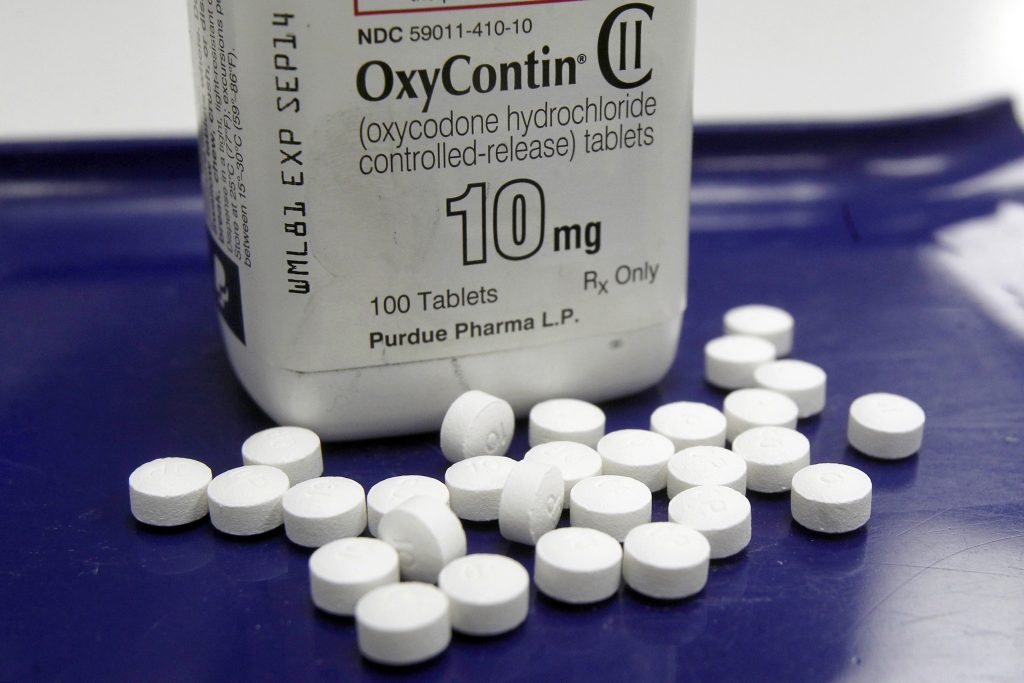 The Justice Department announced Wednesday that it reached an $8.3 billion settlement with OxyContin maker Purdue Pharma as a result of criminal and civil investigations by federal prosecutors into the company’s marketing of opioid painkillers.

Purdue Pharma agreed to plead guilty in federal court in New Jersey to three felony counts for defrauding the United States and violating the anti-kickback statute from 2009 to 2017 in what the Justice Department said was “the largest penalties ever levied against a pharmaceutical manufacturer.”

Federal prosecutors said the company, which manufactured millions of opioid pills during the height of the epidemic, paid two doctors through Purdue’s doctor speaker program and an electronic health records company to drive up prescriptions for its opioid products, including its top seller, OxyContin.

“The kickback effectively put Purdue marketing department in the exam room with their thumb on the scale at precisely the moment doctors were making critical decisions about patient health,” District of Vermont U.S. Attorney Christina Nolan said at the Justice Department briefing.

The settlement does not include jail time for top executives or the owners, the wealthy Sackler family. But the resolution does not mean any executives or the Sacklers are immune to potential future criminal charges, according to the Justice Department.

The $8.3 billion global settlement includes a criminal fine of $3.544 billion, criminal forfeiture of $2 billion and a civil settlement of $2.8 billion. The Sackler family separately agreed to pay $225 million in damages to resolve a civil False Claims Act case.

The $8 billion figure is largely symbolic – the bankrupt drugmaker is already indebted to states, communities and other creditors. The company is among several drugmakers and distributors embroiled in litigation over the deaths and economic devastation inflicted by the opioid epidemic. In the past two decades, more than 400,000 Americans have died of opioid overdoses.

Critics of the Sacklers and Purdue blame OxyContin for fueling the epidemic and have sought harsher penalties. The company and family still face scores of lawsuits, including an ongoing civil suit by New York Attorney General Letitia James, a Democrat.

“Today’s deal doesn’t account for the hundreds of thousands of deaths or millions of addictions caused by Purdue Pharma and the Sackler family,” James wrote in a statement. “Instead, it allows billionaires to keep their billions without any accounting for how much they really made.”

A representative for the family denied that any members were in a management role during the time the company paid the doctors or software company – an assertion that has been disputed by state attorneys general and other civil plaintiffs.

“We reached today’s agreement in order to facilitate a global resolution that directs substantial funding to communities in need, rather than to years of legal proceedings,” spokeswoman Amy Stevens wrote in a statement. “This proposed resolution includes relinquishing our ownership of Purdue and has been valued at $10-$12 billion – more than double all Purdue profits the Sackler family retained since the introduction of OxyContin.”

Purdue acknowledged the wrongdoing the company was resolving, saying Wednesday that it is a “very different company” today.

“Purdue deeply regrets and accepts responsibility for the misconduct detailed by the Department of Justice in the agreed statement of facts,” said Steve Miller, who has headed the company’s board since July 2018.