World Brexit Brinkmanship: U.K., EU Tell Each Other to Move on Trade
World 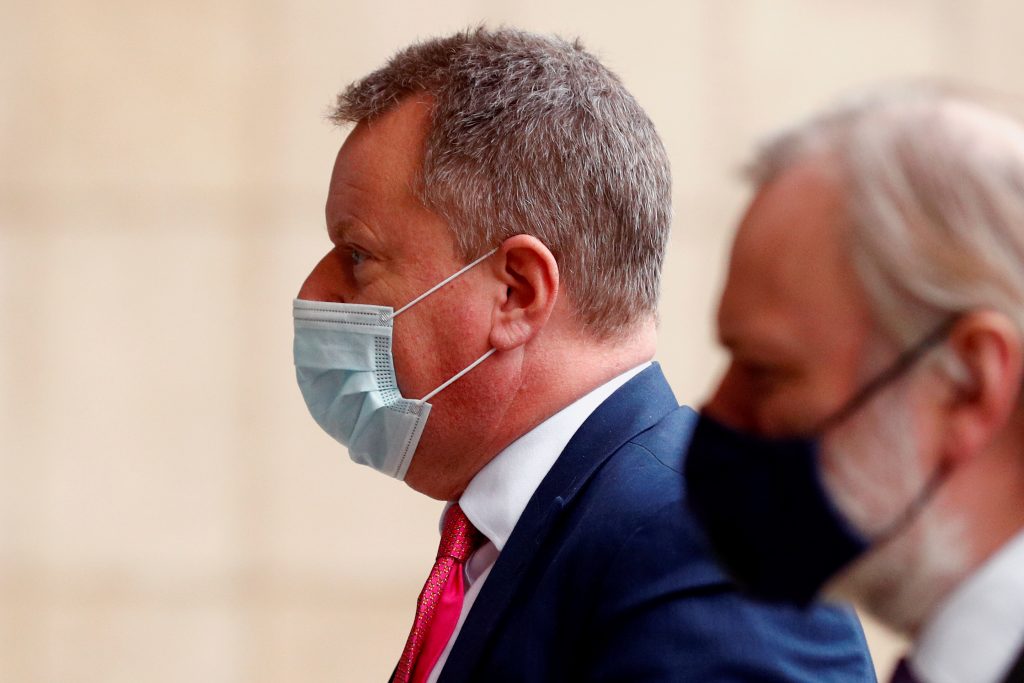 Britain and the European Union said on Monday the door was still open to a deal, calling on each other to compromise to find a way to protect billions of dollars of trade between the neighbors.

With just over two months before Britain ends a status quo transition arrangement with the EU, both sides are deadlocked over a way forward to try to secure a trade deal with neither wanting to move first to offer concessions.

A no-deal finale to the United Kingdom’s five-year Brexit crisis would disrupt the operations of manufacturers, retailers, farmers and nearly every other sector – just as the economic hit from the coronavirus pandemic worsens.

European Commission Vice President Maros Sefcovic repeated on Monday that the EU still wanted a trade deal with Britain but not “at any cost” after British Prime Minister Boris Johnson said on Friday there was no point in continuing talks.

“It has to be a fair agreement for both sides – we are not going to sign an agreement at any cost,” Sefcovic told reporters after meeting Michael Gove, Britain’s point man on the existing divorce agreement, in London.

“The European Union is ready to work until the last minute for a good agreement for both parties,” Sefcovic said.

Earlier, British Housing Secretary Robert Jenrick called on the EU to “go that extra mile, to come closer to us on the points that remain for discussion.”

“We hope that they could come forward now with some relatively small but important changes which respect us as an independent sovereign nation,” he told Sky News.

EU chief negotiator Michel Barnier had been due in London for talks with British counterpart David Frost this week. Instead, they will now speak by telephone on Monday to discuss the structure of future talks, Barnier’s spokesman said.

Negotiations broke down on Thursday when the European Union demanded Britain give ground. Issues still to be resolved include fair competition rules, dispute resolution and fisheries.

EU diplomats and officials cast Johnson’s move as a frantic bid to secure concessions before a last-minute deal was done, and European leaders have asked Barnier to continue talks.

U.K. officials have repeatedly said any deal has to honor Britain’s new status as a sovereign country.

“We are ready for a deal, but not at any price,” he said.

Britain is launching a campaign this week urging businesses to step up preparations for that. In a statement accompanying the launch, Gove says: “Make no mistake, there are changes coming in just 75 days and time is running out for businesses to act.”

More than 70 British business groups representing over 7 million workers on Sunday urged politicians to get back to the negotiating table next week and strike a deal.

“With compromise and tenacity, a deal can be done. Businesses call on leaders on both sides to find a route through,” they said.