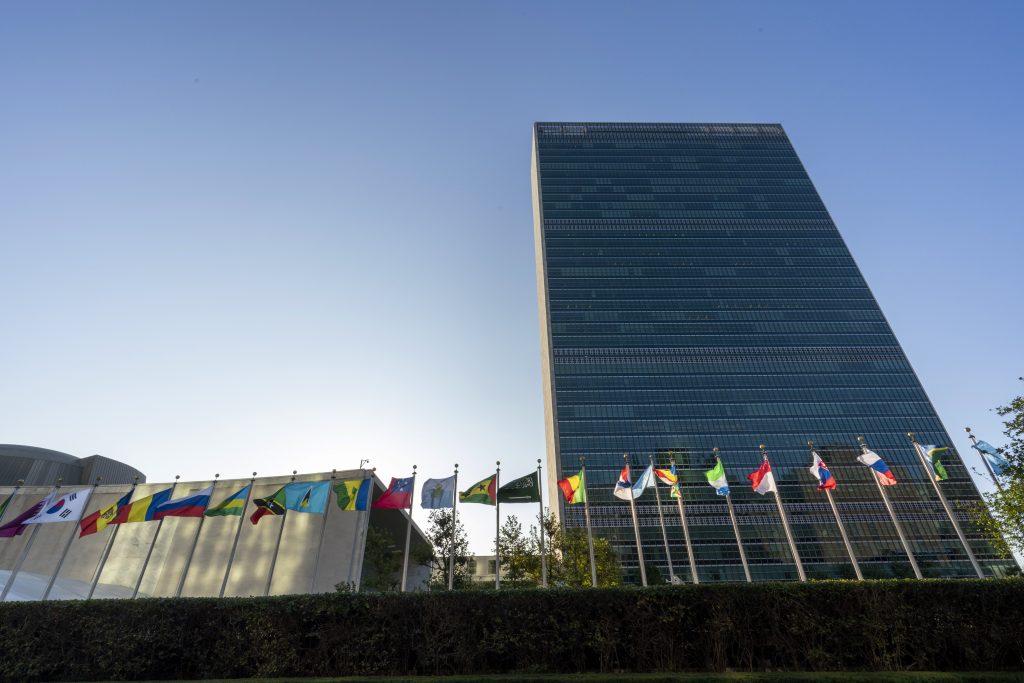 Russia and Cuba were running unopposed, but China and Saudi Arabia were in a five-way race in the only contested race for seats on the Human Rights Council.

Despite announced reform plans by Saudi Arabia, Human Rights Watch and others strongly opposed its candidacy saying the Middle East nation continues to target human rights defenders, dissidents and women’s rights activists and has demonstrated little accountability for past abuses, including the killing of Washington Post columnist and Saudi critic Jamal Khashoggi in the Saudi consulate in Istanbul two years ago.

Sarah Leah Whitson, executive director of Democracy for the Arab World Now, the organization founded by Khashoggi, said despite hundreds of millions of dollars spent by Saudi Crown Prince Mohammed bin on public relations “to cover his grotesque abuses, the international community just isn’t buying it.”

Under the Human Rights Council’s rules, seats are allocated to regions to ensure geographical representation.

Except for the Asia-Pacific contest, the election of 15 members to the 47-member Human Rights Council was all but decided in advance because all the other regional groups had uncontested slates.

“Saudi Arabia’s failure to win a seat on the Human Rights Council is a welcome reminder of the need for more competition in U.N. elections,” Human Rights Watch’s U.N. director, Louis Charbonneau, said after the results were announced,

“Had there been additional candidates, China, Cuba and Russia might have lost too,” he said. “But the addition of these undeserving countries won’t prevent the council from shining a light on abuses and speaking up for victims. In fact, by being on the council, these abusers will be directly in the spotlight.”

Charbonneau earlier criticized U.N. member states, including Western nations, saying: “They don’t want competition. … Essentially these are backroom deals that are worked out among the regional groups.”

“Electing these dictatorships as U.N. judges on human rights is like making a gang of arsonists into the fire brigade,” said Hillel Neuer, executive director of UN Watch.

The Geneva-based rights organization published a 30-page joint report with the Human Rights Foundation and the Raoul Wallenberg Center for Human Rights evaluating candidates for council seats. The report lists Bolivia, Ivory Coast, Nepal, Malawi, Mexico, Senegal and Ukraine — all winners — as having “questionable” credentials due to problematic human rights and U.N. voting records that need improvement. It gave “qualified” ratings only to the United Kingdom and France.

Human Rights Watch pointed to an unprecedented call by 50 U.N. experts on June 26 for “decisive measures to protect fundamental freedoms in China,” warning about its mass rights violations in Hong Kong and Tibet and against ethnic Uighurs in the Chinese province of Xinjiang as well as attacks on rights defenders, journalists, lawyers and government critics. Their call was echoed by over 400 civil society groups from more than 60 countries.

Of the four winners of seats in the Asia-Pacific group, China got the lowest vote.

The rights group said Russia’s military operations with the Syrian government “have deliberately or indiscriminately killed civilians and destroyed hospitals and other protected civilian infrastructure in violation of international humanitarian law,” and noted Russia’s veto of U.N. Security Council resolutions on Syria, including blocking Damascus’ referral to the International Criminal Court.

Created in 2006 to replace a commission discredited because of some members’ poor rights records, the new council soon came to face similar criticism, including that rights abusers sought seats to protect themselves and their allies.

The United States announced its withdrawal from the council in June 2018 partly because it considered the body a forum for hypocrisy about human rights, though also because Washington says the council is anti-Israel.

U.S. Secretary of State Mike Pompeo said Tuesday’s election of China, Russia and Cuba and last year’s election of Venezuela — “countries with abhorrent human rights records” — further validate the U.S. withdrawal from the council. He said the U.S. has taken its own actions to punish “human rights abusers in Xinjiang, Myanmar, Iran, and elsewhere.”

Israel’s U.N. Ambassador Gilad Erdan called on all democracies on the council “to immediately resign from this shameful and anti-Semitic body.”