World Belarus Ramps up Crackdown on Protests, Detains over 700
World 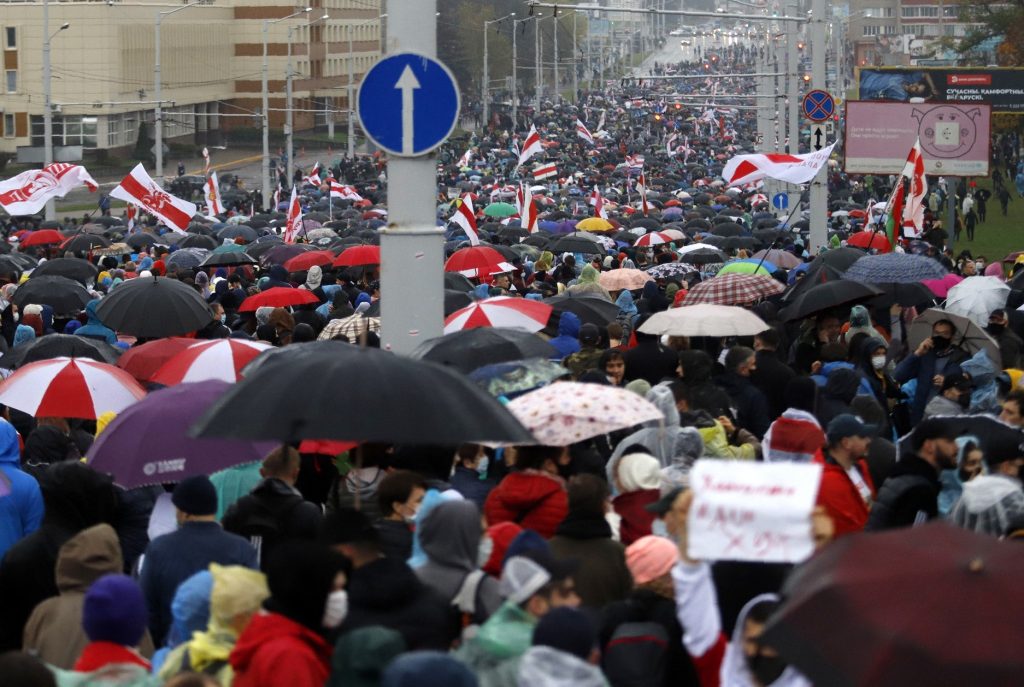 Over 700 people were detained in Belarus during mass protests against the re-election of the country’s authoritarian leader in a disputed election — the harshest crackdown in weeks on protesters.

The Belarusian Interior Ministry reported Monday that 713 people were detained during rallies across the country a day before, and 570 of them remained in custody awaiting a court hearing.
In a separate statement, the ministry threatened to use firearms against the protesters “if need be,” saying that the rallies “have become organized and extremely radical.”

The protests demanding the resignation of President Alexander Lukashenko spanned several cities on Sunday, with the largest crowds gathering in the capital, Minsk. The Viasna human rights center estimated that around 100,000 people took part in the Minsk rally. Police quickly moved to disperse the protest with water cannons, stun grenades and truncheons, preventing groups of people in different parts of the city from merging into one large gathering.

Dozens of people sustained injuries in what human rights advocates said was the harshest dispersal of a Sunday demonstration since August.

Despite the detentions, protests in Belarus continued Monday, with the elderly taking to the streets in several Belarusian cities, demanding Lukashenko’s resignation.

Both the European Union and the United States have said that presidential election was neither free nor fair.

In the first days of the protests, Belarusian authorities cracked down brutally on protesters, with police detaining thousands and beating scores.

The violent response to the rallies prompted international outrage. The EU and the United States slapped dozens of Belarusian officials with sanctions for their roles in the alleged vote-rigging and the crackdown on protesters, but didn’t target Lukashenko, who has run the country for 26 years with an iron fist.

The government has since scaled back on the violence but has maintained the pressure, detaining hundreds of protesters and prosecuting top activists. Prominent members of the opposition’s Coordination Council, which was formed to push for a transition of power, have been arrested or forced to leave the country.

Over 40 journalists were detained over the weekend, 25 of them in Minsk, the Belarusian Association of Journalists said. Fifteen Belarusian journalists face 15 days of administrative arrest for disobeying police officers. Many had their equipment seized.

Tsikhanouskaya, who is currently in exile in Lithuania after leaving Belarus under pressure from authorities, urged the EU to expand sanctions against Lukashenko and his allies.