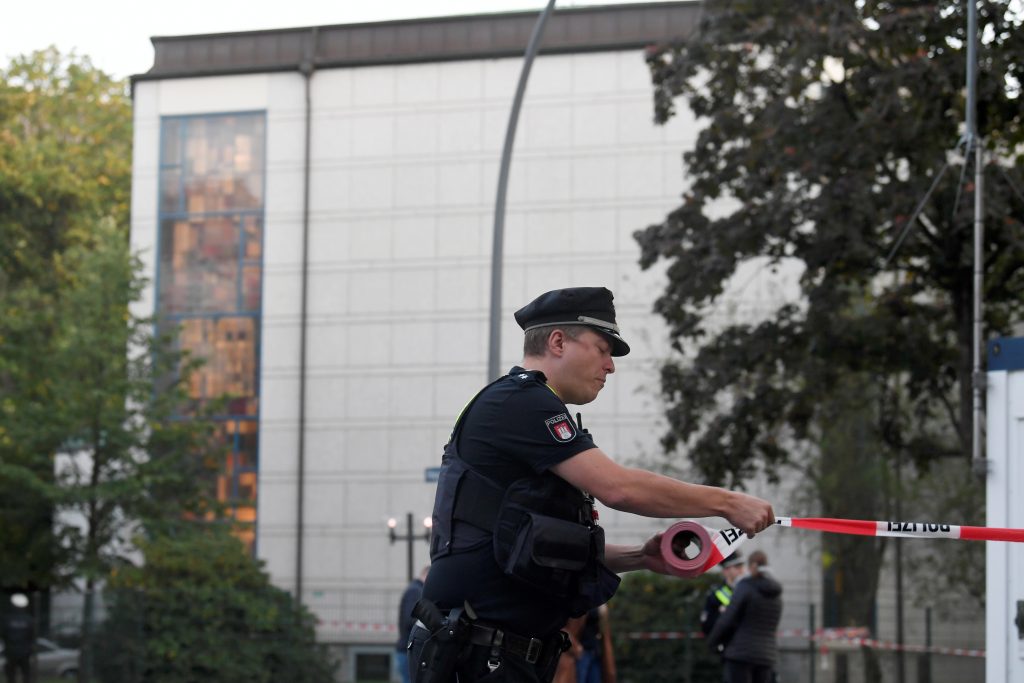 German police on Sunday arrested a man who attacked and seriously injured a Jewish citizen near a synagogue in the northern town of Hamburg on the second day of Sukkos.

The assault took place nearly one year after a far-right gunman attacked a synagogue in the eastern city of Halle on Yom Kippur.

“This is not an isolated incident, this is disgusting anti-Semitism and we must all oppose it!” Maas said in a tweet.

A police spokesman said the 29-year-old attacker was accused of causing grievous bodily harm. The attacker seemed to have acted alone so there was no further threat, he added.

The motive was unclear, the police spokesman said.

The 29-year-old victim suffered serious head injuries after the suspect assaulted him with a shovel, German media reported.

The suspect was wearing military clothes reminiscent of the outfit of the neo-Nazi attacker in Halle, the media reported.

The right-wing gunman attacked the synagogue in Halle on Oct. 9 last year and shot two bystanders after failing to enter the building. The suspect Stephan B. confessed to the crime and is standing trial.