Israel UAE Ambassador to U.S.: Sudan, Oman Are in No Rush for Normalization With Israel
Israel 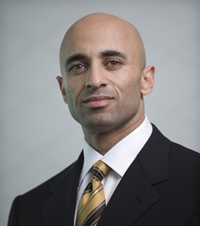 The ambassador of the United Arab Emirates to the United States, Yousef Al Otaiba, put a damper on Israeli hopes for an impending peace deal with either Sudan or Oman in an interview with Maariv.

According to Al Otaiba, who played a key role in promoting Israel’s recent treaty with the UAE, neither Sudan nor Oman is in any hurry to normalize their relations with Israel.

Oman has a relatively new sultan in power, and Sudan is in the midst of a political transition in advance of elections, making any bold move less likely.

Under previous Sultan Qaboos, Oman had provided a secret backchannel to Tehran during negotiations that led to the 2015 nuclear deal with world powers. Just before he died, Sultan Qaboos also signed deals allowing the U.S. and British navies access to the Omani port of Duqm, expanding the longtime access both nations enjoy there. India as well has access for its navy.

While Trump’s withdrawal from the Iran nuclear deal lit the fuse of current tensions, Oman once again could be an interlocutor — or may already be serving as one now.

He also estimated that Sudan would demand a far higher price of the United States than that demanded by the UAE in return for coming to an agreement with Israel.

Sudan’s Prime Minister Abdalla Hamdok said that he does not want to link its removal from a U.S. terrorism list that is hindering access to foreign funding for its economy with a normalization of relations with Israel.

Sudan‘s designation as a state sponsor of terrorism dates back to its toppled ruler Omar al-Bashir, and makes it difficult for its transitional government to access urgently needed debt relief and foreign financing.

Hamdok said Sudan had told Secretary of State Mike Pompeo during a visit last month it was necessary to separate the issues.

“This topic [ties to Israel] needs a deep discussion of the society,” he told a conference in Khartoum.