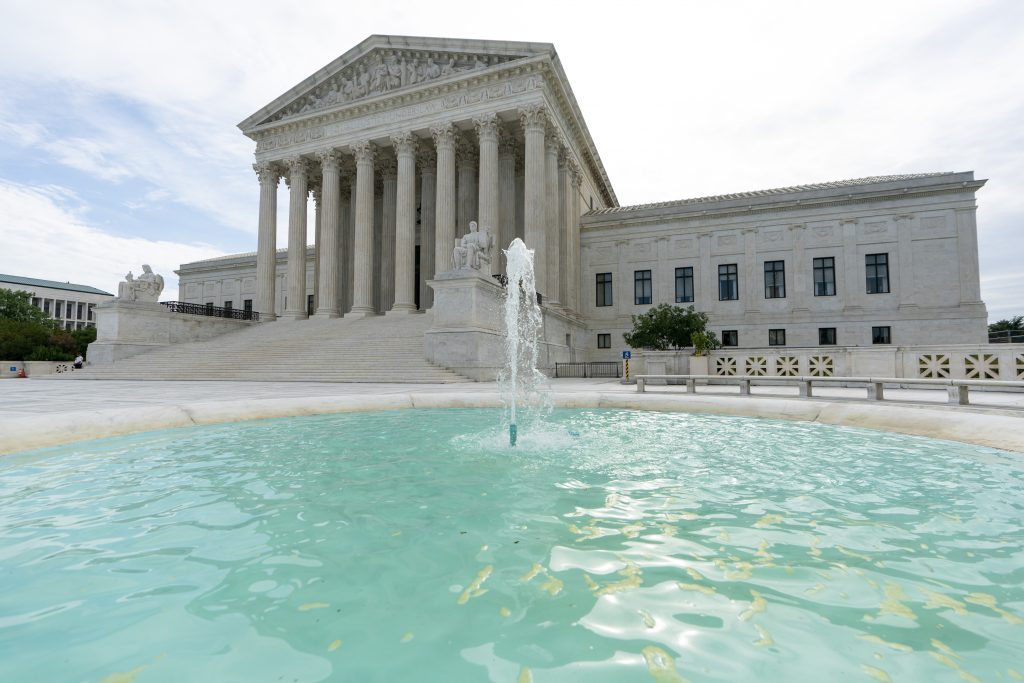 Republican senators praised President Donald Trump’s Supreme Court nominee Tuesday as Judge Amy Coney Barrett held one-on-one meetings at the Capitol, but Democrats said her conservative views are out-of-step with Americans as they object to a fast-track confirmation before the Nov. 3 election.

Senate Majority Leader Mitch McConnell said he was “even more convinced” of the pick after their brief meeting. Noting Barrett is a working mother of seven children, he scoffed at Democratic objections that the judge would put Americans’ access to health care at risk or turn back the clock on women’s rights. “What a joke,” he said.

But the Republican leader declined to answer questions about whether Barrett should recuse herself if legal challenges in the election between Trump and Democrat Joe Biden land at the high court. Another Republican, Sen. Ted Cruz, said that’s “the entire reason” why the Senate should rush to fill the vacant seat.

Cruz warned of a “crisis” if the eight-justice court is deadlocked over a contested presidential election. “The entire reason the Senate should act and act promptly to confirm a ninth justice is so that the Supreme Court can resolve any cases that arise in the wake of the election,” Cruz told reporters at his meeting with the judge.

Democrats are confronting the limits of their power as they fight against the nomination and some have said they won’t meet with Barrett, who is expected to be confirmed for the seat held by the late Justice Ruth Bader Ginsburg by the end of October.

Ginsburg, who died Aug. 18 at the age of 87, was buried Tuesday in a private service at Arlington National Cemetery, laid to rest beside her husband and near several former court colleagues.

“She’s got a good chance of getting my vote,” said Sen. Chuck Grassley, R-Iowa, the former Judiciary Committee chairman who now helms the Finance Committee.

Ahead of one meeting, Sen. John Thune, R-S.D., the GOP whip, said the two were “going to talk about judicial philosophy and background and experience, and also whether or not she thinks ‘Hoosiers’ is the greatest movie ever.”

Senate Democratic leader Chuck Schumer acknowledged Tuesday it will be an “uphill fight” to stop Trump’s nominee. But he said Americans are on Democrats’ side in preferring to wait until after the election so the winner can choose the next justice. He is among those refusing to meet with Barrett, calling the process “illegitimate,” and said her conservative views on health care and other issues are “far outside” the mainstream.

Barrett made no public remarks at the start of what is expected to be days of meet-and-greet sessions with senators, a traditional part of the confirmation process. She also was to meet Tuesday with Sen. Lindsey Graham, R-S.C, the chairman of the Judiciary Committee, and other senators on the panel. Hearings at the committee are set to begin Oct. 12.