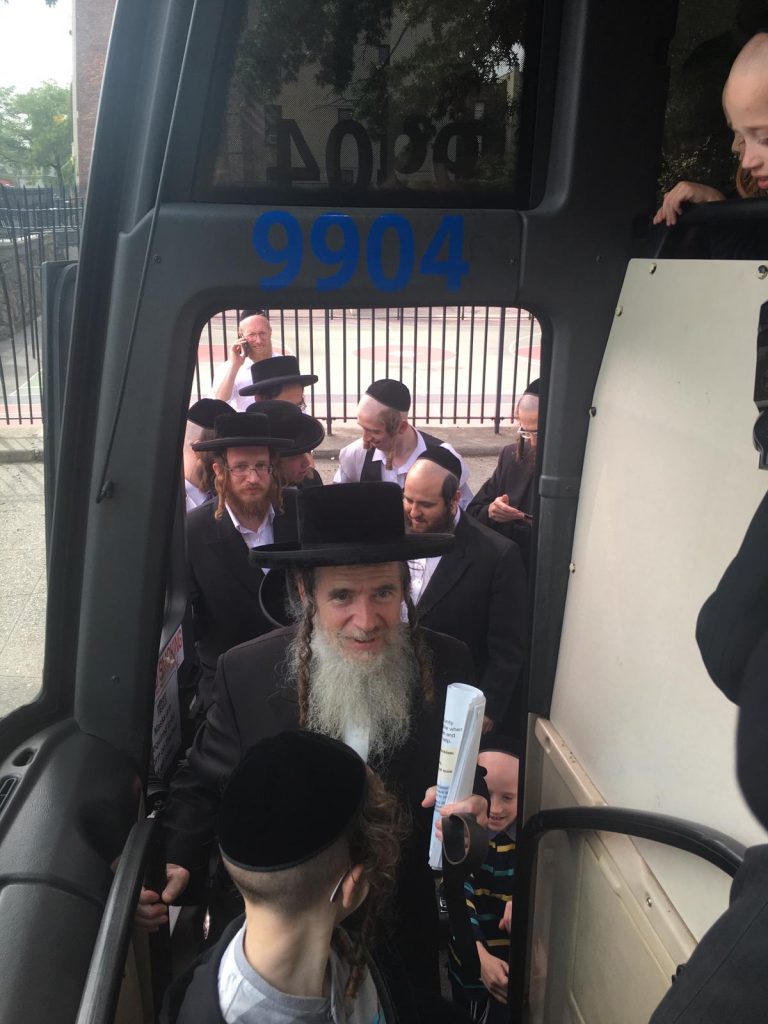 Mordechai Samet was released to home confinement on Friday. Mr. Samet had been incarcerated, and his status as being under detainer from immigration also stood in the way of early release under the newly passed First Step early release program, which was signed into law by President Donald Trump in 2018.

Rabbi Moshe Margaretten of the Tzedek Association, who worked tirelessly to have the First Step Act passed, greeted Mr. Samet upon his release. Due to the short amount of time available before the onset of Rosh Hashanah, Monsey Trails sent a bus to transport the Samet family to greet their father, which facilitated an earlier and happy reunion.

Mr. Samet returned to his home and family in Kiryas Yoel after two decades of being separated from his family.