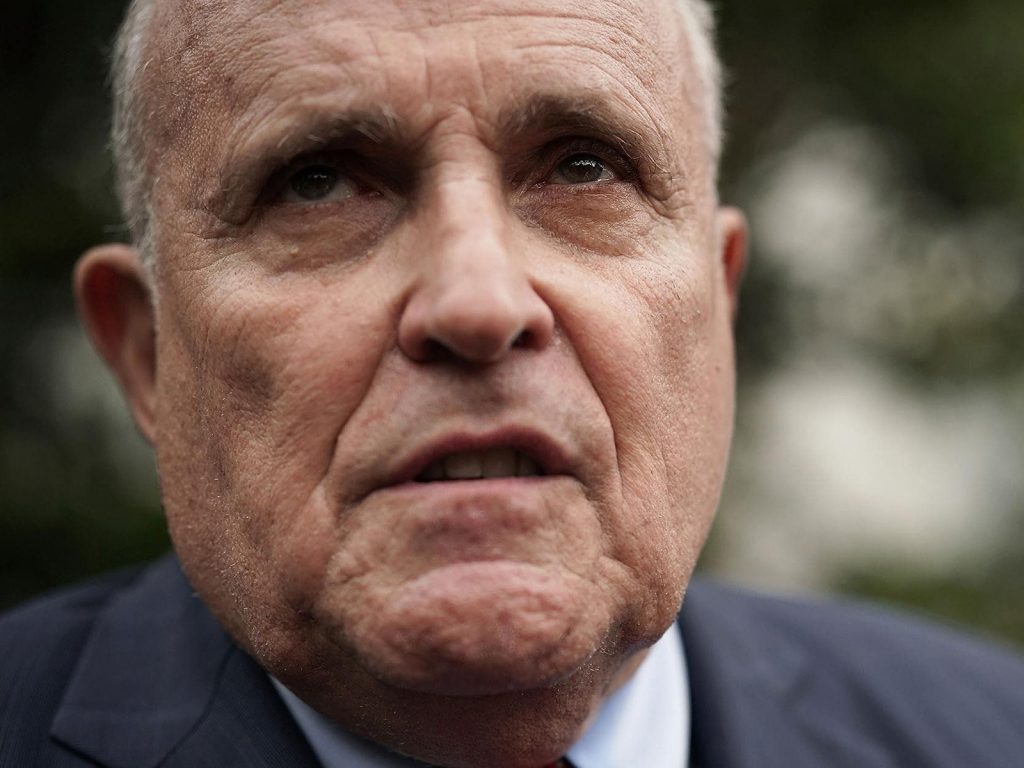 Former New York City Mayor Rudy Giuliani painted a grim picture of the city’s future — attacking everyone from his successor Bill de Blasio to participants in the Black Lives Matter movement — in a speech in Midtown Manhattan on Wednesday.

Harkening back to when he first ran for mayor in the late 1980s, Giuliani said, “Crime was way out of control … You couldn’t walk at night.

“We’re going in that direction right now, if we’re not already there,” he added.

Cast as a speech on restoring safety to a city reeling from a surge in violent crime, the event was light on policy and heavy on personal attacks.

“It’s quite clear the worst mayor in the history of New York City is the present mayor,” said Giuliani, in line with recent remarks from President Donald Trump, for whom he works as a personal attorney.

“You listen to his ideas and his vicious attack on the police,” Giuliani continued. “People wonder why the police turned their back on him. (It’s) because he ran his campaign attacking them.”

The ex-mayor went on to cast de Blasio as disloyal to the U.S., noting de Blasio’s postgraduate days volunteering in Nicaragua.

“The one thing they will consistently say is, ‘Kill cops,’” he added, alluding to incidents of anti-police rhetoric during recent months of protests.

Giuliani, who was mayor from 1994 to 2001, sounded a nostalgic note for the era of tough law enforcement.

“I won because the city was in crime-shock and riot-shock,” he said. “Protesters have to be taught that you’re not going to riot.”

After years of plummeting crime rates under de Blasio, shooting incidents have nearly doubled and murders are up 39.6%, according to New York Police Department stats.

Giuliani pushed for a Republican mayor to be elected in 2021, though he shied away from naming any candidates.

“You want to straighten this country out? You want to send a signal to these crazy ideas that are destroying us?” he said. “Then you vote Republican this time.”

Giuliani was joined by perennial mayoral wannabe John Catsimatidis and Guardian Angels founder Curtis Sliwa, who is running a long-shot campaign for mayor.

The event at the Women’s Republican Club had been publicized as announcing a “new GOP plan to bring back New York City.”

Catsimatidis and Sliwa brushed off reporters who asked for information about the plan.

“We’re all different,” Sliwa said. “We all agree, though, that we need to return law and order to the streets of the city.”

“We’re seeing more and more of Rudy Giuliani become unhinged,” de Blasio added. “I’m just not waiting around to hear what he thinks.”

The former mayor welcomed the insult, saying, “Being called unhinged by the worst mayor in the history of New York City, I would take as a badge of honor.”