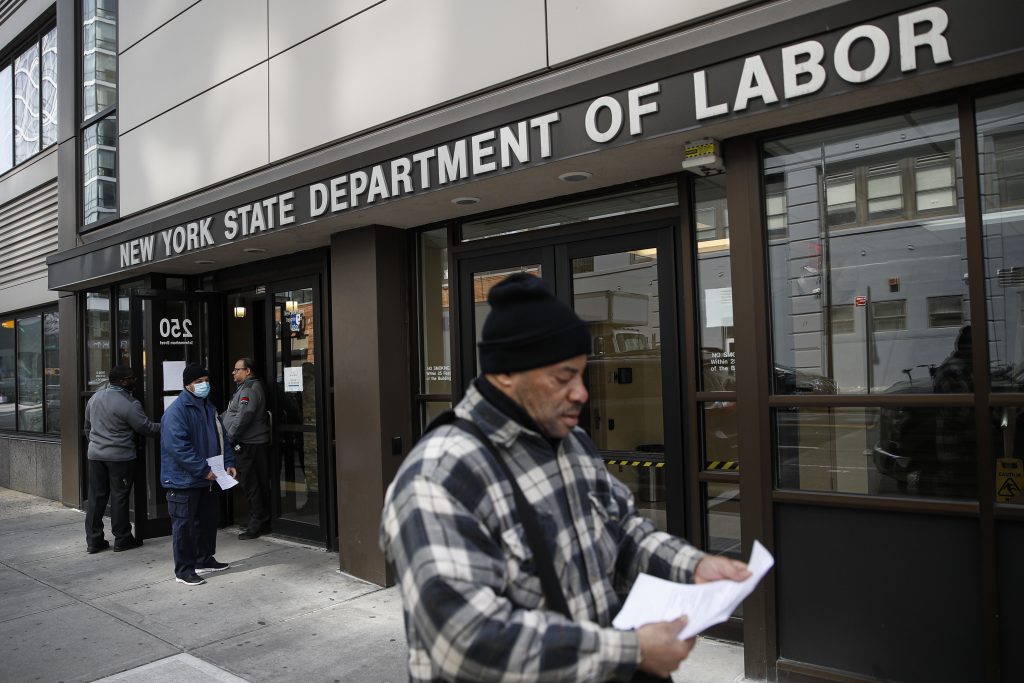 The weekly jobless claims report from the Labor Department on Thursday, the most timely data on the economy’s health, followed news last Friday of a further slowdown in employment growth in August and an increase in permanent job losses.

The ebb in momentum comes as government financial aid to businesses and the unemployed has virtually dried up. At least 29.6 million people were on unemployment benefits in August.

“Layoffs remain widespread and the labor market remains in a fragile place at a critical juncture,” said Nancy Vanden Houten, lead U.S. economist at Oxford Economics in New York. “Failure on the part of policymakers to enact another fiscal relief package poses significant downside risks to the economy and labor market.”

Initial claims for state unemployment benefits were unchanged at a seasonally adjusted 884,000 for the week ended Sept. 5. Claims dropped the prior week after the government changed the methodology it used to address seasonal fluctuations in the data, which had become less reliable because of the economic shock caused by the coronavirus crisis.

Economists polled by Reuters had forecast 846,000 applications in the latest week. With changes to seasonal factors out of the way, economists expect claims, which have dropped from a record 6.867 million at the end of March, to drift around current levels for a while as the pandemic lingers.

Unadjusted initial claims increased by 20,140 to 857,148 last week. Government money, which was credited for the sharp rebound in economic activity, starting with record retail sales growth in May, lapsed in July.

Airlines, including United Airlines and American Airlines have announced furloughs and job cuts. There have also been layoffs at oilfield services and equipment companies.

Economists believe the labor market could take years to return to its pre-pandemic levels.

AstraZeneca has paused global trials of its experimental coronavirus vaccine, which has been described by the World Health Organization as probably the world’s leading candidate and the most advanced in terms of development, after an unexplained illness in a participant.

Stocks on Wall Street opened higher as momentum from demand for cheaper tech-related stocks overshadowed the claims data. The dollar fell against a basket of currencies. U.S. Treasury prices slipped.

The claims report also showed the number of people receiving benefits after an initial week of aid increased 93,000 to 13.4 million in the week ending Aug. 29. Though the so-called continuing claims were likely boosted by California’s biweekly filing system, the rise fit in with a slowing labor market.

“It looks like the trends for both initial and continuing claims filings have flattened out lately after a period with more notable declines,” said Daniel Silver, an economist at JPMorgan in New York. “This is broadly consistent with the idea that the labor market recovery has lost momentum lately.”

The government reported last week that the economy created 1.371 million jobs in August after adding 1.734 million in July. About 10.6 million of the 22.2 million jobs lost at the depth of the coronavirus crisis have been recovered.

The claims data showed the number of people receiving unemployment benefits under all programs increased by 380,379 to 29.6 million in the week ended Aug. 22. Economists say this number is a better measure of the labor market’s health.

It includes programs funded by the government for individuals who have exhausted their eligibility for the regular state unemployment insurance and those who do not qualify for such benefits because they are self-employed or have limited recent work history.

While the labor market is slowing, inflation is steadily firming. In a separate report on Thursday, the Labor Department said its producer price index for final demand increased 0.3% last month after surging 0.6% in July. There was a solid gain in the prices of services, which have been hardest hit by the pandemic.

Excluding the volatile food, energy and trade services components, producer prices rose 0.3% in August, advancing by the same margin for three straight months. In the 12 months through August, the core PPI gained 0.3%. The core PPI edged up 0.1% on a year-on-year basis in July.