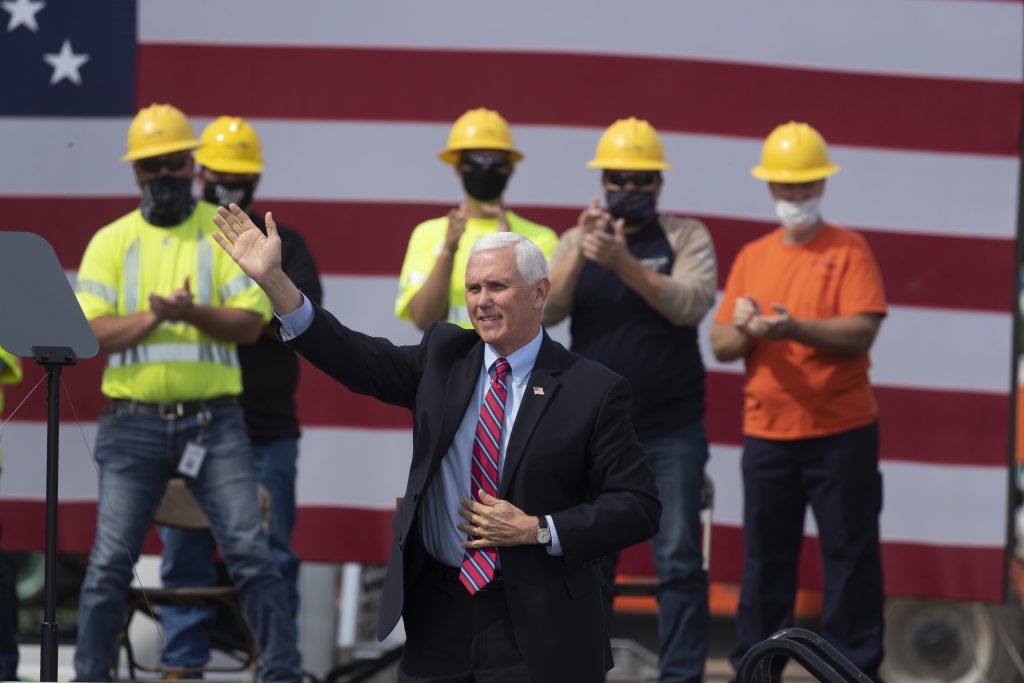 Vice President Mike Pence says the Trump administration stands with law enforcement, and there is no excuse for the violent unrest that has been seen in many American cities.

During a Monday speech in La Crosse, Wisconsin, Pence talked about jobs, the economy and efforts to manufacture a safe vaccine for the coronavirus. He also spoke about protests that have been happening in Kenosha, after a police officer shot Jacob Blake, leaving him paralyzed.

Pence did not mention Blake by name. He said police use of excessive force would be investigated, but there is no excuse for “rioting.” He said violence against citizens and property must stop now, and that a Trump administration would never defund police departments.