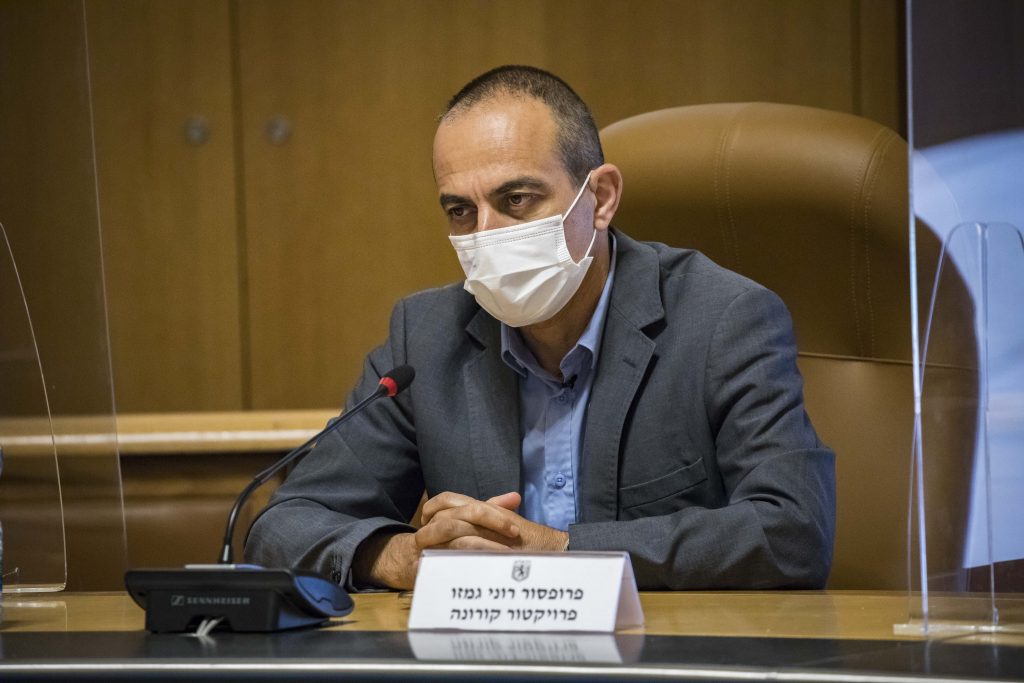 On Monday, national coronavirus taskforce coordinator Prof. Roni Gamzu told Channel 12 that he was taking back his remarks made last week against the directive of Hagaon Harav Chaim Kanievsky, shlita, which caused an uproar in the chareidi world.

Gamzu referred to a directive seemingly given by Harav Kanievsky, and said during his visit to Beitar Illit: “Harav Kanievsky’s announcement endangers the chareidi public.”

The statement of the coronavirus taskforce coordinator caused a great stir among the chareidi public.

The difficulties in implementing the decisions with the chareidi society were also noted with the cancellation of the visit of Gamzu in Bnei Brak on Monday. The municipality informed him that he was not invited until he apologized for what he said about Harav Kanievsky and the visit was canceled.

Gamzu told Channel 12: “I regret the misunderstanding as a result of the biased publication of the remarks of Harav Kanievsky, who I respect and admire, and take back what I said.

“I checked and it seems that Harav Kanievsky never gave a blanket instruction not to get checked, but was rather a decision that was based on the opinion of several Rabbanim for specific cases of yeshivah students in closed capsules who had already taken coronavirus tests, in accordance with policies that were set in advance,” he said.

Gamzu commented on the high morbidity in the chareidi sector, saying: “I was asked by the Knesset’s Constitution Committee to increase the number of tests in Bnei Brak and other chareidi cities, and already today drive-in complexes and inspection centers will open in all these cities.”

He added that “increasing the amount of tests is essential for truncating the infection chains.”

The project manager repeatedly urged the public to go out and get tested: “Go get tested so that together we can stop the disease.”

Meanwhile, the nightly curfews which were supposed to be enforced in 40 high-infection cities and towns won’t begin on Monday, after the government failed to finalize a list of the localities in time.

The government on Sunday night approved the move, which was set to go into effect Monday night.