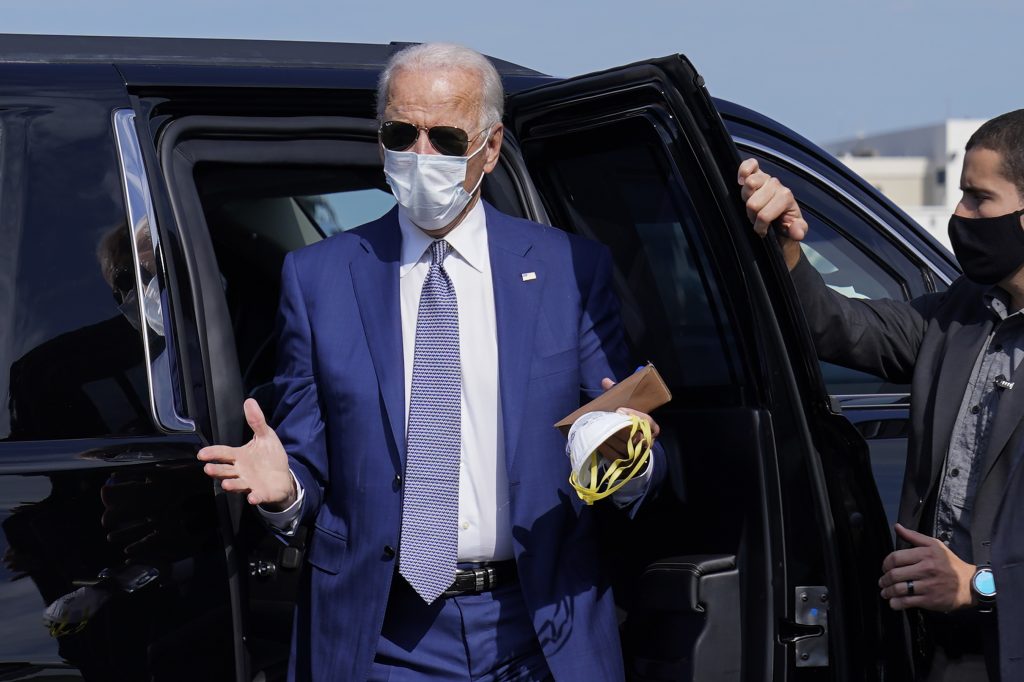 Democratic presidential nominee Joe Biden began a visit to the battleground state of Wisconsin on Thursday by meeting with the family of Jacob Blake, the Black man whose shooting by a white police officer sparked days of sometimes violent protests.

Biden spent more than an hour in private with Blake’s father, Jacob Blake Sr., his siblings, and one of his attorneys, B’Ivory LaMarr. Blake’s mother Julia Jackson and another attorney, Ben Crump, joined by phone. Blake remains hospitalized after being shot seven times in the back as authorities tried to arrest him.

The trip, Biden’s first to Wisconsin of the general election campaign, is intended to draw sharp contrasts with President Donald Trump. Biden is emphasizing an argument that he’s a unifying figure, able to lead the nation through a reckoning with systemic racism along with the coronavirus pandemic and its economic fallout.

Trump didn’t meet with the Blake family when he visited Kenosha earlier this week.

Biden is expected to follow his private meeting with a public discussion later Thursday with community representatives in a city still reeling from Blake’s shooting and the protests.

Reflecting that his trip comes amid the COVID-19 pandemic, Biden wore a mask as he arrived in Milwaukee. Yet he broke his usual health protocols to shake hands with a campaign staffer.

During his own Kenosha trip Tuesday, Trump toured damaged buildings and discussed ways to quell unrest with law enforcement officials.

Trump is scheduled to hold a campaign rally Thursday evening in Pennsylvania, another key Rust Belt battleground. His campaign manager, Bill Stepien, said Biden’s visit to Kenosha was inappropriate, arguing Trump went because he is president and that Biden is only “injecting politics into a really serious situation that president helped solve.”

Biden on Wednesday repeated that “to engage in violence — burning, looting, the rest — in the name of protesting is wrong. And that person should be held accountable for their actions.” But he stood by First Amendment guarantees that “protest is a right.”

He also praised law enforcement, saying “the vast majority of police officers are good, decent, honorable women and men. They put on that shield every morning. They have a right to go home that night safely — the vast majority.”