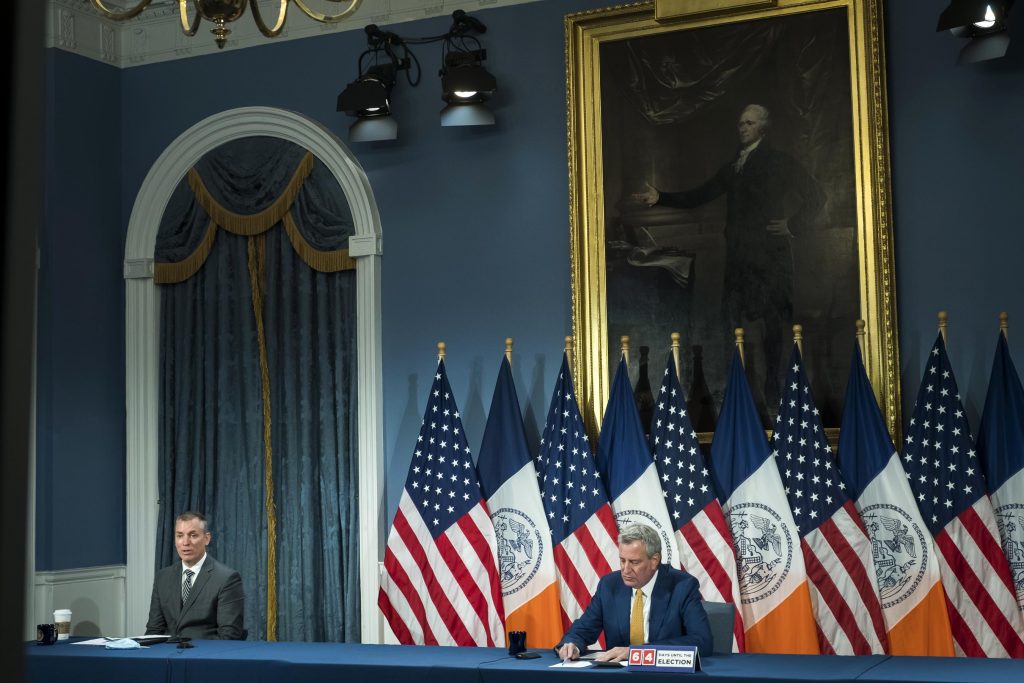 There were 53 murders in the city in August 2020, a 47% increase from the same month last year, and 242 shootings, for a 166% spike. The NYPD made 359 gun arrests last month, nearly identical to the 357 in August 2019. The number of shootings rose in all boroughs except Staten Island.

“Despite all the continuing challenges, our NYPD officers are undaunted,” Police Commissioner Dermot Shea said Wednesday, in a statement accompanying the NYPD’s release of the crime statistics. “The work of our officers represents the best of the policing profession and it continues as they increasingly engage with all of our community partners to protect life, prevent crime and build safer neighborhoods.”

But city leaders have come under fire as the crime numbers have soared month after month: In July, murder rose 59% and shootings soared 177%, and June saw a 30% increase in murders and 130% spike in shootings. Overall, murder is up 34% in the first eight months of 2020, and shootings are up 87%.

Mayor Bill de Blasio has blamed the crime surge on “dislocations” related to the coronavirus, particularly a partial shutdown of the court system, while police leadership have also pointed to certain criminal-justice reforms supported by the mayor, such as elimination of cash bail for most offenses. De Blasio has made improving police and community relations, and programs like the Cure Violence movement, a focal point of his effort to tackle crime.

“We are dealing with a perfect storm,” the mayor said when asked about the crime increase at his daily press conference Wednesday. “We are dealing with a challenge we’d never seen in the city. It is, thank G-d, temporary … There will be a vaccine. There will be a turnaround. But we know that with the entire society on hold for months, all sorts of things got set in motion that were truly unusual. We do see signs of progress now that are profound. The court system is starting to come back to life. That’s going to help us immensely.”

Police Commissioner Dermot Shea has sharply disputed accusations of a deliberate slowdown in policing by disgruntled officers, though he acknowledged at a press conference Monday, that “some of the numbers that are indisputable: the arrest levels are down, the response times are up.” But Shea pointed to issues such as a decreased budget for police overtime, and large numbers of officer retirements.

“New York city police officers and detectives are as dedicated today as they ever have been,” Shea said. “They put themselves into harm’s way every single day. And they are out there for the residents of New York City.”

Shootings and murders were not the only crime categories that rose last month: Robbery rose 4.1 percent, assaults increased 2%, burglary rose 21.7% and auto theft shot up 68.2 percent. Several categories decreased, including a 17.5 percent drop in grand larceny – the category with the most overall crimes. The seven major index crimes rose a total of 0.7 percent for the month.