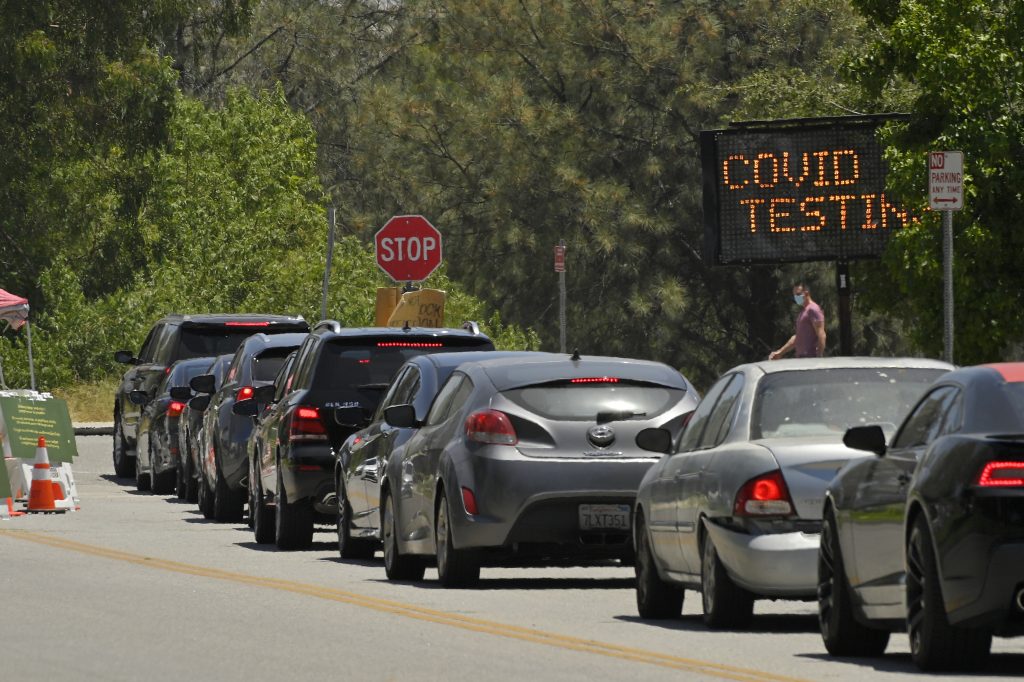 August was the deadliest month of the COVID-19 pandemic in California, even as the state makes steady progress in reducing infections, hospitalizations and deaths, data show.

This month, California has reported 3,707 deaths connected to COVID-19, an 18% increase over July, a Los Angeles Times analysis found.

The news comes as California tops 700,000 coronavirus cases, the most in the United States. Adjusted for population, the Golden State’s case count is dwarfed by 20 other states, including Southern hot spots such as Florida, Louisiana and Mississippi, according to federal data.

Data released by California officials and analyzed by the Times show that infection and hospitalization rates have fallen steadily for more than a month. The average number of daily deaths has begun to fall, too, and — if the pattern holds — should continue to decline, officials say.

Hospitalizations peaked in late July, when the state reported 7,170 patients being treated for COVID-19. In August, hospitalizations have dropped steadily, hitting 3,940 this week — the fewest since mid-June, and a change of 22% from two weeks ago.

The seven-day average of daily deaths in California is at its lowest point this month, a Times analysis found. The state is reporting an average of 112 deaths per day, a 14% decline from last week and a decrease from 133 daily deaths at the start of August.

Starting Monday, California is allowing some businesses to reopen statewide, including all retail stores, hair salons, barbershops and shopping malls, limited to 25% capacity. That follows the launch of Gov. Gavin Newsom’s new plan to slowly reopen the California economy.

The new system scraps the state’s “watch list” and instead sorts counties into four categories based on their progress fighting the virus. Before businesses can reopen and group activities can resume, counties must show proof of consistent progress against the coronavirus.

The majority of the state is still classified as “Tier 1,” and is subject to the most restrictive policies on gatherings and business operations. That includes Los Angeles, Orange, Ventura, Riverside and San Bernardino counties.

Counties that have made more progress against the virus, including San Francisco and San Diego, have been classified as “Tier 2,” with some non-essential businesses allowed to operate indoors with reduced capacity.

The hardest-hit areas of California are still in the Central Valley, where five counties are still seeing infection rates greater than 400 cases per 100,000 residents, according to the Times’ coronavirus tracker.