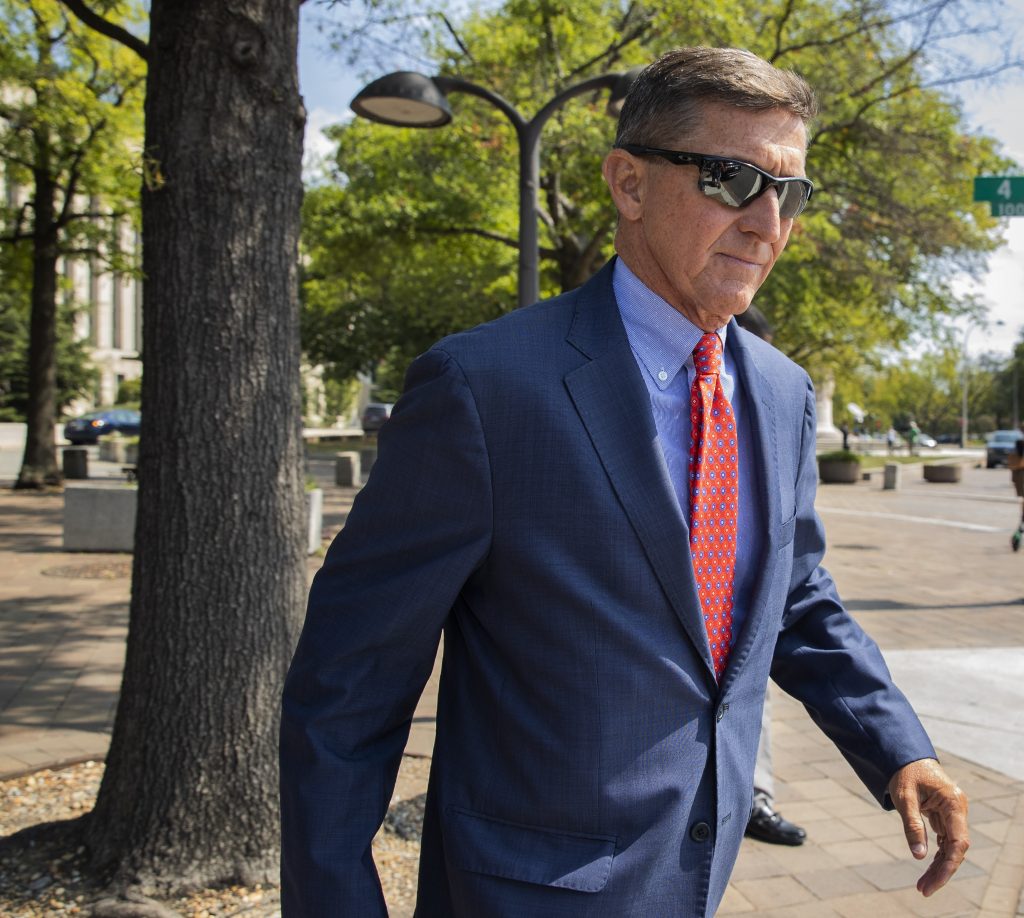 A federal appeals court in Washington on Monday declined to order the dismissal of the Michael Flynn prosecution, permitting a judge to scrutinize the Justice Department’s request to dismiss its case against the President Donald Trump’s former national security adviser.

The decision keeps the matter at least temporarily alive and rejects efforts by both Flynn’s lawyers and the Justice Department to force the prosecution to be dropped without any further inquiry from the judge, who has months declined to dismiss it.

Federal prosecutors moved in May to dismiss the prosecution even though Flynn had pleaded guilty and admitted lying to the FBI during the Russia investigation about his Russian contacts during the presidential transition period. He was awaiting sentencing when the government asked to dismiss the case.

But U.S. District Judge Emmet Sullivan, signaling his skepticism at the government’s motion, refused to immediately grant the request and instead appointed a retired federal judge to argue against the Justice Department’s position.

His lawyers then sought to bypass Sullivan and obtain an order from the federal appeals court that would have required the judge to immediately force the judge to dismiss the case.

At issue before the court was not the merits of the Flynn prosecution but rather whether Sullivan could be forced to grant the Justice Department’s dismissal request without even holding a hearing to scrutinize the basis for the motion.

“We have no trouble answering that question in the negative,” the court wrote in an unsigned opinion for the eight judges in the majority.

Flynn was the only person charged in special counsel Robert Mueller’s investigation who had been a White House official. Mueller’s probe investigated ties between the 2016 Trump campaign and Russia.

He was questioned by the FBI at the White House, just days after Trump’s inauguration, about his conversations with the then-Russian ambassador to the U.S. pertaining to sanctions that had just been imposed by the Obama administration for election interference. The conversation alarmed law enforcement and intelligence officials who were already investigating whether the Trump campaign had coordinated with Russia to sway the presidential election in Trump’s favor. They were puzzled by the White House’s public insistence that Flynn and the diplomat had not discussed sanctions.

But the Justice Department argued in May that the FBI had insufficient basis to interrogate Flynn about that conversation, which Attorney General William Barr has described as fully appropriate for an incoming national security adviser to have had.