The Chabad Center for Jewish Life on at the University of Delaware experienced an estimated $75,000 in damage from a fire which began on Tuesday night, August 25 at 11:00 pm, but b’chasdei Hashem no one was injured in the blaze.

It took 45 firefighters from Aetna Hose, Hook and Ladder Company and several neighboring fire companies approximately 40 minutes to bring the fire under control. Crews were faced with a number of complicating factors, including an unusual building layout (with numerous rooms) as well as construction hazards such as plaster-and-lath walls. Crews remained on scene for 3 hours extinguishing hot spots and completing overhaul.

Newark Police Department and the Delaware State Fire Marshal’s office have investigated the cause of the fire and have ruled it arson.

On Wednesday, Aug. 26, University of Delaware President Dennis Assanis and Vice President for Student Life José-Luis Riera sent a message to the students stating they “affirm our solidarity with the Jewish community at this difficult time.”

Delaware Governor John Carney tweeted on Thursday, “It’s upsetting to learn this fire at the Chabad Center for Jewish Life was intentionally set. This is a place of worship and community, and this kind of violence is unacceptable. Thinking of and praying with Delaware’s Jewish community.”

Nathan Diament, the executive director for public policy of The Union of Orthodox Jewish Congregations of America (Orthodox Union), condemned the arson attack as well.

“The attack at the University of Delaware is a stark and painful reminder that anti-Semitism is alive and well in the United States in 2020,” Mr. Diament said. “Even in the midst of a pandemic, there is no time to pause our vigilance against such heinous acts of anti-Semitism. We must continue to do everything we can to protect the Jewish community against those who seek to do us harm.”

The OU called for greater federal security funding to protect Jewish institutions against anti-Semitic attacks. “The attack underscores the importance of the federal Nonprofit Security Grant Program (NSGP), a federal funding program the OU Advocacy Center helped create in 2005,” the OU said in a statement. “To date, it has delivered a total of $419 million to synagogues, Jewish day schools and other houses of worship and nonprofits at risk of terror attacks to make their facilities more secure.”

The Chabad Center, located at 262 South College Ave in Newark, Delaware, is not a part of the college, but serves as a Jewish community center for the state university campus, and sponsors a Registered Student Organization at the college. 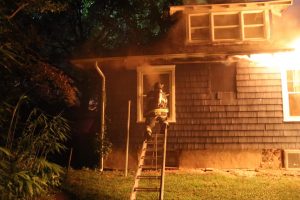 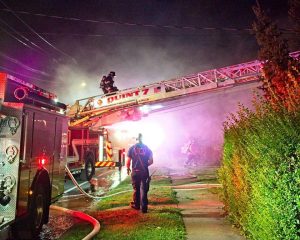 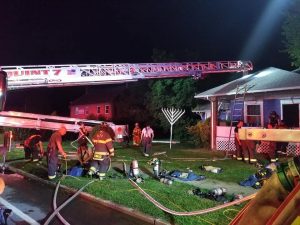 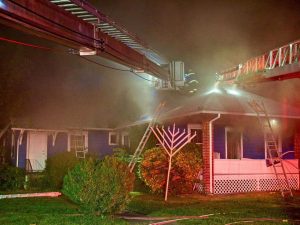