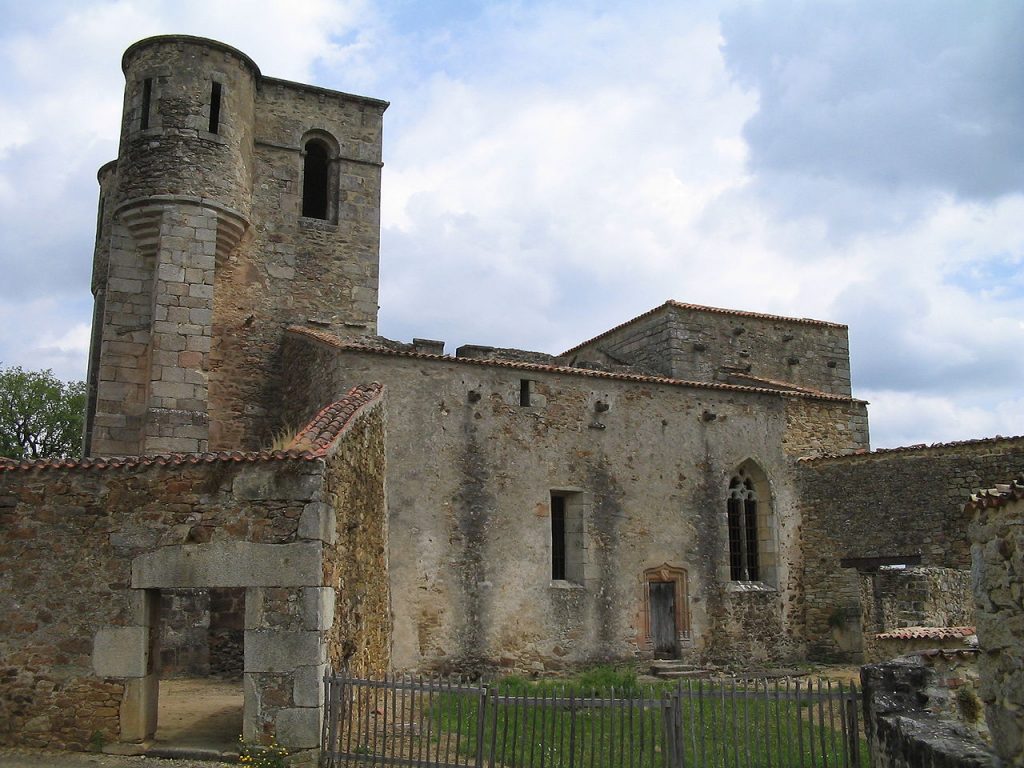 French politicians of all political views roundly condemned Saturday graffiti denying the Holocaust that was scrawled on a wall in the village that was the site of the France’s biggest massacre of civilians by the Nazis during World War II.

The rare display of unity, from French President Emmanuel Macron to the far-left and the far-right, underscored the symbolism of Oradour-sur-Glane as a perpetual reminder of the horrors of Nazi occupation of France. The village has remained untouched since the massacre.

Macron, who visited the village after his 2017 election victory, vowed that “all will be done” to catch those who defaced the wall at the entrance of the Center for Remembrance.

Officials in Oradour-Sur-Glane, which is near Limoges in central France, threw up a tarp to cover the graffiti that was discovered Friday. The word “Lie” was scrawled on the wall, along with other graffiti, according to the regional paper Le Populaire du Centre. The inscription “Martyr Village” was crossed out.

The Le Figaro newspaper quoted the village’s mayor, Philippe Lacroix, as saying that the name of a known Holocaust denier was inscribed on the wall.

“Shame on those who did this,” Justice Minister Eric Dupond-Moretti tweeted. “All will be done to find and judge those who committed these sacrilegious acts.”

Far-right leader Marine Le Pen tweeted that “it’s time for once and for all … to stop the recurrence of these acts that hurt us all.”

Troops from the fanatical SS “Das Reich’’ division were responsible for killing 642 villagers on June 10, 1944, herding them into barns and a church and setting the town on fire. While a new village has been built, the ruins of the old town have been cared for as a testimony to Nazi horrors.

The massacre occurred four days after the Allied D-Day landings in Normandy. The killings were believed to have been ordered in retaliation for the kidnapping of a German soldier by the French Resistance.