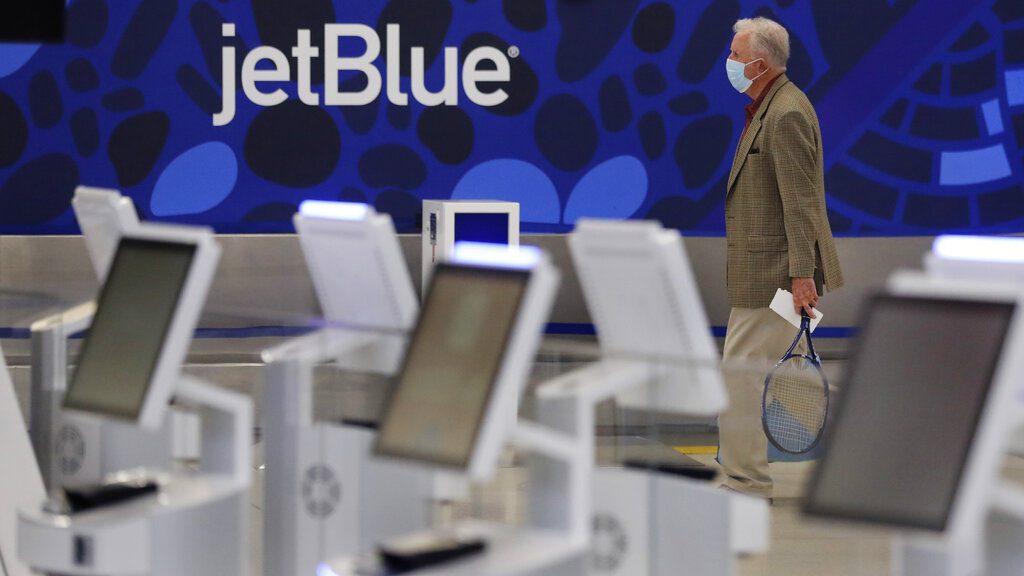 A mother and her six children from Flatbush were berated on a flight by attendants because the youngest child would not wear a mask.

Cellphone video recorded by passengers showed the mother trying to explain to the attendant that her two-year old toddler was fidgeting and playing with her mask, and she was unable to keep it firmly on her daughter’s face for the flight.

The attendant told the mother that she and her children would have to leave the plane.

The mother, who was flying alone with her children from Florida to New Jersey, told NBC New York the airline staff were “nasty” and made her children cry.

Other passengers came to the family’s defense and are heard on the video telling the flight attendant to leave them alone. Staff told the lady she would have to take her things and leave, and she refused. Other passengers supported her and encouraged her to stay on the plane.

Staff then ordered everyone to leave the plane. Though they all were brought back on the plane, she said found the experience “traumatizing.”

She told NBC News she hopes airlines will change their policy in recognition of how difficult it is to keep face coverings on very young children.

JetBlue’s policy, in accordance to CDC guidelines, is that everyone aged two and over must wear a mask on JetBlue flights.

When asked for comment, a JetBlue representative said, “During these unprecedented times, our first priority is to keep crewmembers and customers safe, and we’ve quickly introduced new safety policies and procedures throughout the pandemic,” and that customers are informed of the safety policies via email prior to their flights.

The representative further stated that “crewmembers are ready to assist customers..who might need support.” When asked how forcing everyone off the plane would deescalate the situation, the representative said it was airline policy to remove all passengers whenever an individual customer or group was refusing to disembark.