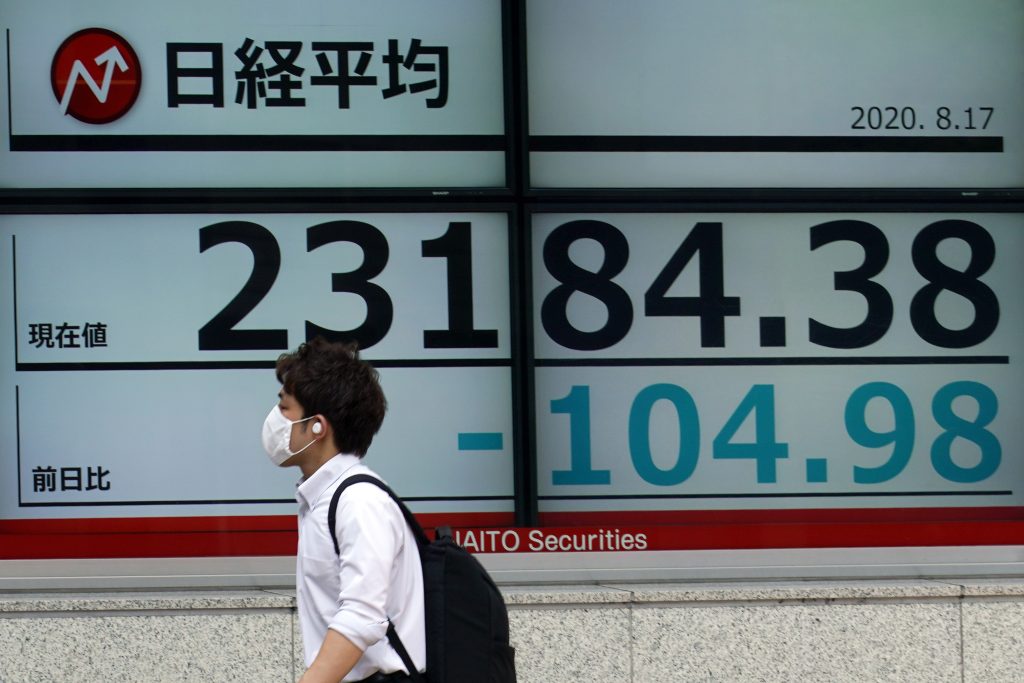 Japanese stocks sank while other Asian markets gained Monday after Japan reported a record economic contraction amid the coronavirus pandemic.

Investors in Asia looked ahead to central bank meetings this week in China, Indonesia and the Philippines, with few other market-moving events in sight.

The Nikkei 225 in Tokyo fell 0.7% to 23,128.35 after data showed the world’s third-largest economy shrank 27.8% from a year earlier in the three months ending in June. That was bigger than the country’s deepest decline during 2008-09 financial crisis.

“The road ahead looks choppy as a resurgence in Covid cases will weigh on domestic and overseas spending,” Stefan Angrick of Oxford Economics said in a report.

Economists say consumer spending could be under more pressure after government aid including additional $600 weekly unemployment benefits expired. Investors are counting on Washington for another economic lifeline, but legislators are far apart on a possible package.

In energy markets, benchmark U.S. crude gained 35 cents to $42.36 per barrel in electronic trading on the New York Mercantile Exchange. The contract slipped 23 cents on Friday to settle at $42.01. Brent crude, the standard for international oil prices, added 31 cents to $45.11 per barrel in London. It 16 cents the previous session to $44.80.