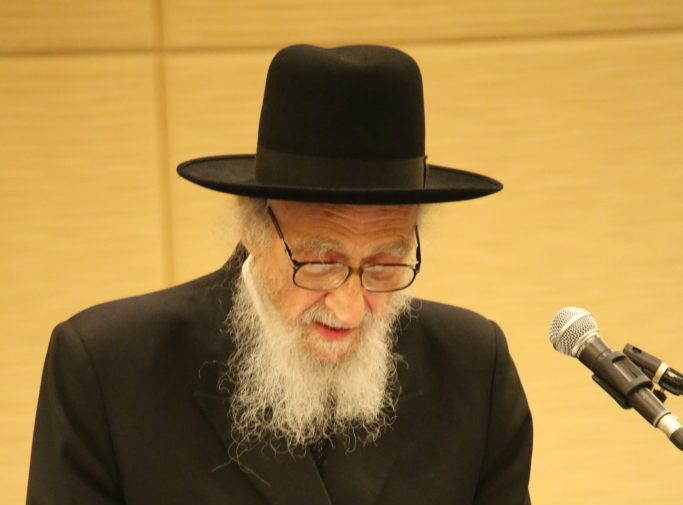 The Torah world was plunged into mourning with the petirah on Monday of Hagaon Harav Chaim Dov Keller, zt”l, Rosh Yeshivah, Yeshivas Telshe Chicago. He was 90 at his petirah.

In 1960, Harav Avraham Chaim Levin and Harav Chaim Schmelczer, zichronam levrachah, founded the Telshe Yeshiva in Chicago, and Rav Keller joined the yeshiva the following year. Over many decades, he taught Torah to thousands of talmidim, and was one of the premier roshei yeshiva of his time.

Rav Keller was known for his forceful and eloquent defense of authentic Yiddishkeit, and was often called upon to deliver the unadulterated daas Torah though his powerful speeches and articulate writing. He was a prominent member of the Nesius of Agudas Yisrael of America.

Rav Keller married Chaya Devorah née Levin, the daughter of Harav Eliezer Levin, zt”l, a talmid of the Chafetz Chaim and the longtime Rav in Detroit. After her passing, he married tbl”c Rebbitzen Shulamis Prager.

Several years ago, Rav Keller published several volumes of Sefer Chidekel, a compendium of his chiddushim.

Rav Keller’s last address was given in Telshe Yeshiva on Purim of this year, and shortly after he was stricken with COVID-19. After being hospitalized for an extended period of time, his home was converted to a quasi-hospital room, and he spent the last few weeks being cared for in his familiar surroundings.

The levayah will be held outdoors next to the yeshiva at 3535 West Foster Avenue. The aron will be brought to Lakewood for a levayah on Tuesday at 12:00 in Bais Medrash Govoha, and kevurah will be in Eretz Yisrael on Wednesday.