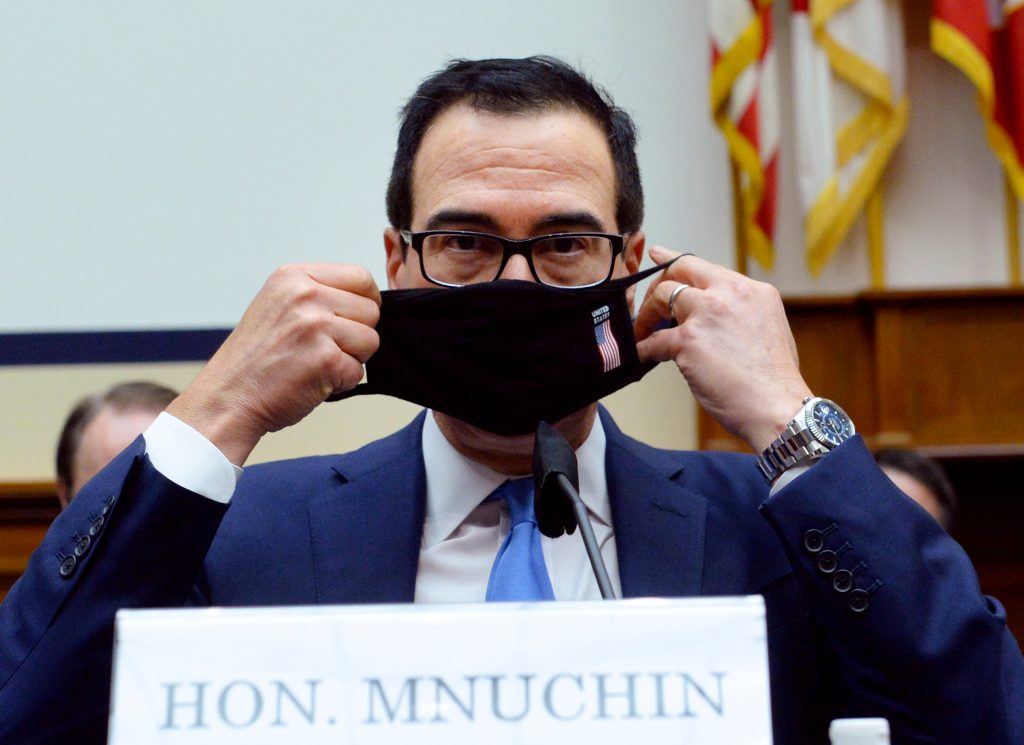 The two top Democrats in the U.S. Congress said on Wednesday that the White House sought a new meeting on stalled coronavirus aid talks but showed no sign of moving away from the positions it held when negotiations broke down last week.

While suggesting interest in ending the five-day stalemate on talks, the contact did not show either side willing to shift from their rival proposals on aid for tens of millions of Americans suffering from the health and economic impacts of the COVID-19 pandemic.

“An overture was made by Secretary (Steven) Mnuchin to meet and he made clear that … the White House is not budging from their position concerning the size and scope of a legislative package,” House of Representatives Speaker Nancy Pelosi and Senate Democratic leader Chuck Schumer said in a joint statement.

“We have again made clear to the administration that we are willing to resume negotiations once they start to take this process seriously,” they said in the statement.

Mnuchin initiated contact with Pelosi just before 2:00 p.m., according to a source familiar with the matter, who spoke on condition of anonymity.

A Treasury spokeswoman was not immediately available for comment.

Earlier on Wednesday, Mnuchin said there may be no deal to reach with Pelosi and Chuck Schumer, despite more than 5.16 million COVID-19 cases in the United States, and described the potential outcome in terms of Republican President Donald Trump’s re-election prospects.

“If the Democrats are willing to be reasonable, there’s a compromise. If the Democrats are focused on politics and don’t want to do anything that’s going to succeed for the president, there won’t be a deal,” he told Fox Business Channel.
Talks on a new package broke down last Friday after Democrats offered to reduce their demand for more than $3 trillion in additional aid by about $1 trillion, if the White House agreed to come up by a similar amount from an initial $1 trillion Republican proposal.

Pelosi later said the two sides were “miles apart” with a “chasm” between them and called on the White House and Republicans to “meet in the middle.”

“Until they’re ready to do that, it’s no use sitting in a room and letting them tell us that states should go bankrupt,” she told MSNBC. “As a practical matter, they’re going to have to come to the table.”

Sticking points include the size of an extended unemployment benefit, aid to state and local governments, money for schools to reopen and other issues.

The House of Representatives has already approved about $3 trillion in assistance for families, hospitals, healthcare workers, state and local governments, vaccine research and testing.

Senate Majority Leader Mitch McConnell, who did not join any of the negotiating sessions, blamed Pelosi and Schumer for the ongoing impasse.

“Republicans wanted to reach agreement on all these issues where we could find common ground and fight over the last few issues later.” McConnell said on the Senate floor.

“But the speaker and the Democratic leader say nothing can move unless every one of these unrelated far-left items tags along.”