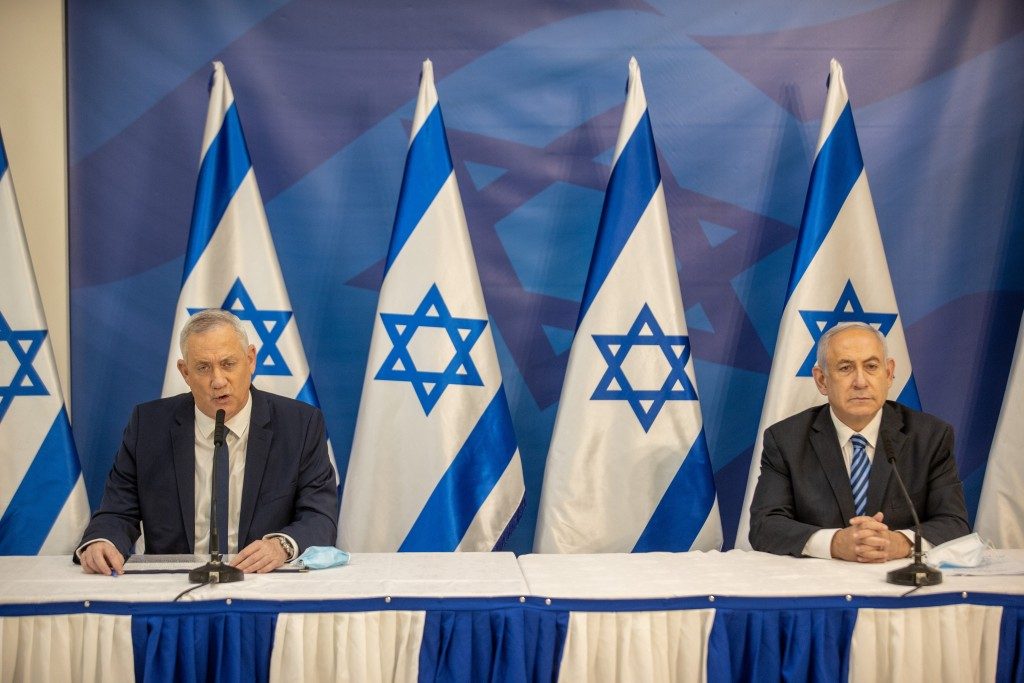 Timing is everything. Just ask the architects of the Deal of the Century. The draftsmen of President Trump’s Peace to Prosperity plan spent the better part of two years drafting the peace plan, only to see its unveiling and implementation delayed again and again.

Each time the plan was rumored to be revealed, another setback — including multiple Israeli elections — forced it to be deferred. Finally, this past January, with time edging closer to Trump’s reelection campaign, and amid a third Israeli election, a do-or-die attitude accompanied the release of the long-held secret Middle East peace plan.

This was followed by a third Israeli election in March, which produced a cobbled-together ruling coalition between Prime Minister Netanyahu and Israeli Defense Minister Gantz. The coalition agreed to a July 1 target date for a Knesset vote on annexing portions of Yehudah and Shomron. This provision in the Trump plan, a blueprint which includes an extraordinarily honest depiction of Palestinian aggression against Israel, would be in exchange for recognition of Palestinian statehood. A recognition subject to the Palestinians meeting conditions that no one believes will actually be met, including demanding that the PA stop terrorist attacks and halt monthly stipends to terrorists.

Then the pandemic hit. And coronavirus effectively shut down any hype the plan had created, notwithstanding prolonged and unmitigated Palestinian rejection of it.

The almost sacrosanct date of July 1 came and went. The financial crisis caused by the pandemic, political squabbles between Netanyahu and Gantz, a looming Israeli budget deadline at the end of August, and murmurings of a possible fourth election shunted talks of annexation to the side. There is currently no appetite for political maneuverings with a staggering 21% unemployment rate and protests raging across Israeli cities.

So, annexation plans fizzled out again. But not completely.

Last Monday, Netanyahu threw a bone to his voting bloc. He put out a statement meant to convey his intention to fulfill a key campaign promise to extend Israeli sovereignty over territories in Yehudah and Shomron and the Jordan Valley, a vow that predated the Trump plan’s release. But with a caveat. In a Likud faction meeting, Netanyahu said, “The issue of applying sovereignty is in Washington. It’s not off the table, the option still exists.”

But by shifting the burden onto the Trump administration, which is embroiled in pandemic financial chaos, race riots and reelection woes, he seems to be shifting the burden off any negotiating table. Netanyahu knows that Washington, even if it turns its attention East, will not approve any annexation plans without Gantz’s approval. And the Defense Minister’s Blue and White Party is demurring.

Palestinians are not the only ones who object to the plan. Leftists of every denomination, in America, Europe and the U.N., who categorically oppose anything with a Trump label, vociferously reject the plan and especially the annexation portion of it. Indeed, “annexation” seems to have become the new dirty word in leftist political circles, after “occupation.”

Then there are those on the right who believe in the Jewish birthright to all of Yehudah and Shomron and fear for Israel’s capability to defend itself without it. They regard declaring fealty to the notion of a Palestinian state too high a price to pay for parts of that Biblical inheritance that was fought for in a defensive war. Gaining some ground at the expense of losing even more, while simultaneously prompting an existential threat to Israel, is a red line they won’t cross. Even with the possibility close to nil that Palestinians would renounce terrorism, and even with the knowledge that there will likely never be another American president as pro-Israel as Trump, theoretically agreeing to a Palestinian state in Israel’s heartland has long-term and irreversible ramifications. Remember the Oslo Accords?

Roadblock after roadblock has prevented a peace plan that went from gestation to life support. As well-intentioned as it might be, there’s no denying that a Higher Power seems to be at work preventing its actualization. At which point, perhaps we need to acknowledge that this is the message we are supposed to glean. Thwarted at every turn by events that are not in our control, maybe we need to conclude that Gam zu l’tovah, which translates into “This too is for the good.”

As the clock ticks down to November 3, there remain only a few supporters of the Trump plan still scrambling to squeeze some life out of it. And there are difficult scenarios left to ponder. Is it better to pounce on annexation now while Trump is still in office, despite the Palestinian statehood string attached to it? If Biden becomes President, will Israel have the guts to defy him and the rest of the world, and annex land for its protection in an independent move, preferable to acknowledging an ipso facto enemy state in its center?

While these questions might be bandied about in some niche diplomatic circles, those of us who believe in Hashem must recognize that His perspective is all-encompassing. And if His plan regarding the Trump plan includes putting up obstacles in the form of insurmountable and unremitting hurdles, we need to have faith that this works in Israel’s interest. In other words, it’s all for the best.