National Air Traffic is Down, Gun Seizures Up at US Airports
National 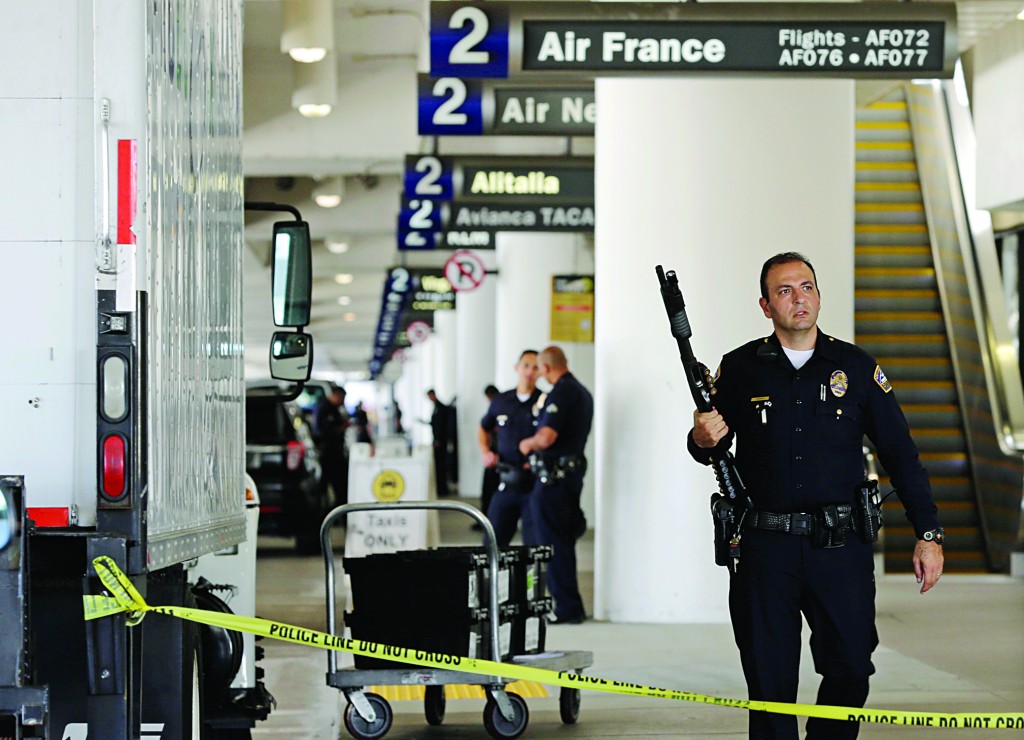 With air traffic nearing a five-month high, airport security is finding guns in passenger carry-on bags at three times the rate recorded before the pandemic, and 80% of the guns are loaded.

The discoveries at airports comes at a time when U.S. gun sales are surging, and analysts believe many of those purchases are being made by first-time buyers.

Officers seized just over 300 guns in July, or 15.3 guns for every million people screened, compared with 5.1 per million people in July of last year, the Transportation Security Administration said Monday.

TSA Administrator David Pekoske said there has been a significant increase in loaded guns at checkpoints. He said screeners are already working in conditions of heightened risks and that “no one should be introducing new ones.”

The number of loaded guns, Pekoske said, “is just an accident waiting to happen.”

Background checks on gun buyers have been rising every month compared with a year earlier since April 2019, but they picked up even faster this year. The number of checks topped 3 million in four of the last five months. They had not exceeded 3 million in one month since December 2015.

FBI figures show that there were more than 3.6 million firearms background checks requested on buyers in July, a 79% increase from July 2019, following a 70% increase in June.

Cowen analyst Cai von Rumohr, who tracks gun sales, said the increases are likely due to fear about COVID-19 lockdowns, civil unrest, and former Vice President Joe Biden’s lead over President Donald Trump in polls ahead of the Nov. 3 election “given his more restrictive stance on gun control relative to President Trump.”

The analyst said an outsized rise in handgun sales in June and July indicates that many purchases are being made by first-time gun owners.

John Donohue, a Stanford University law professor who has served as an expert witness against efforts to weaken gun-control laws in California, said the increased sales are mostly a response to images of protests after the death of George Floyd at the hands of Minneapolis police officers. He also cited warnings by Trump and the National Rifle Association about crime.

“Fear drives a lot of gun sales,” he said.

National Rifle Association spokesman Andrew Arulanandam said higher gun sales were due to widespread concern that, first because of the pandemic and later because of protests and riots, police might be slower to respond to emergency calls.

“It’s a natural reaction,” he said.

It is legal to transport guns in checked bags if they are unloaded and in a locked case. The TSA can impose civil penalties and suspend people from faster-screening programs such as TSA PreCheck, but decisions on whether to file criminal charges are usually left to local authorities.

The NRA’s Arulanandam said guns show up at airports because “people forget they have a firearm in their handbag or their backpack, and they go to the check-in counter and they realize, ‘Look, I forgot I had this in there.’”

Atlanta’s major airport had the most gun seizures last month, with 27, followed by Dallas-Fort Worth and Denver at 13 each and 12 at the Nashville airport.

TSA’s public appeal to follow gun rules occurred the same day that it reported screening 831,789 people on Sunday. It was the first time checkpoint traffic in U.S. airports has topped 800,000 since March 17. That is still down 69% from the comparable Sunday a year ago.