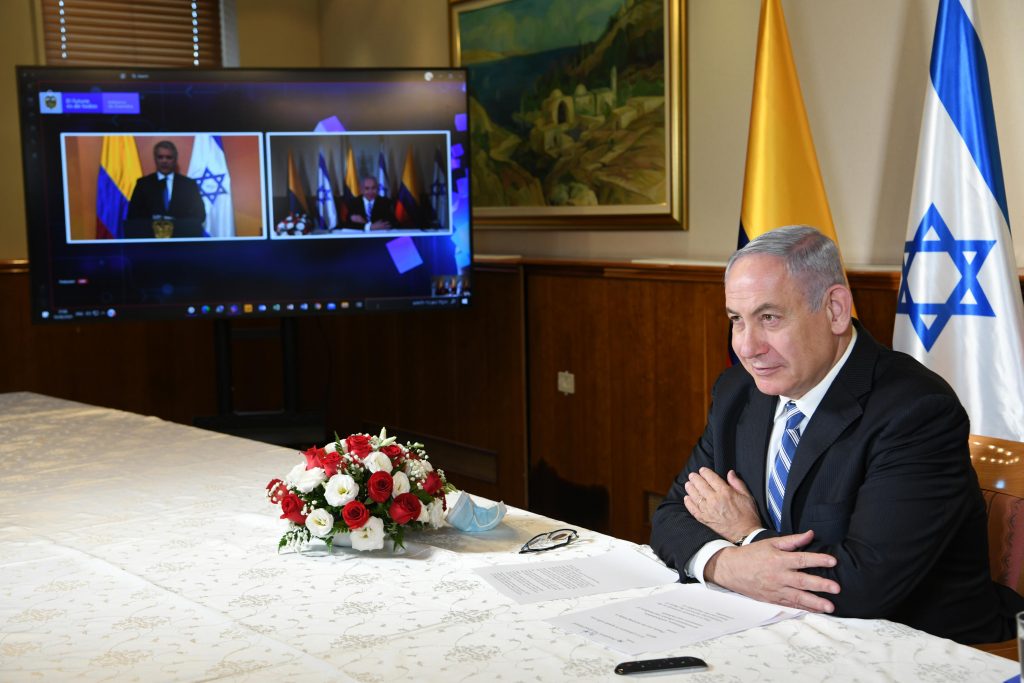 The two leaders declared the end of the ratification process for the free trade accord, with the third largest economy in Latin America. Signing the agreement will create opportunities for the Israeli economy in various fields including agriculture, technology and medicine.

Prime Minister Netanyahu said he will continue to work toward the goal of encouraging additional countries to open representations in the capital.