Regional De Blasio to New Yorkers: ‘Do Not Buy a Car’
Regional 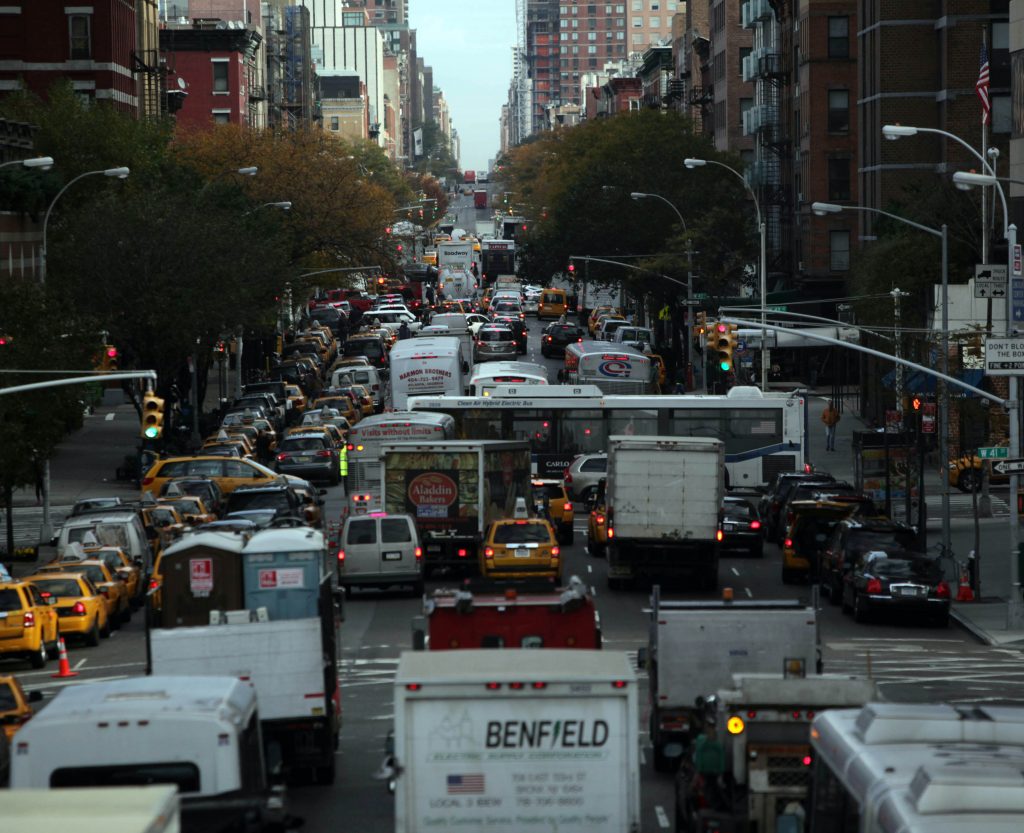 New York City Mayor Bill de Blasio says New Yorkers should not buy a car because “cars are the past,” whereas “the future is going to be mass transit, biking, walking” and other transportation options.

De Blasio’s advice came during an exchange at his press conference Thursday with Politico reporter Erin Durkin, who asked about the advisability of purchasing a car due to fears of using the subway during the coronavirus pandemic.

Below is the full exchange:

Durkin: I just want to follow up on a couple of the previous questions about, you know, transportation and pedestrian options, because there was a report earlier this week from the Regional Plan Association saying that, you know, there’s going to be gridlock as more people turn to cars. I guess I’ll phrase the question maybe in human terms, as you might put it, you know, because I think this is a conversation a lot of families are having. You know, to use myself as an example, I don’t have a car, I’ve never had a car, I never wanted one. My husband has suggested recently that maybe we should get a car because, you know, taking the subway brings some risk. It’s not something we want to do all the time and we’re kind of stuck in the neighborhood. You know, biking, isn’t safe everywhere, there’s a limited number of options. So, to someone in that situation would you tell them that they shouldn’t buy a car? Would you give them an argument as to why there are other options that they should utilize? Or would you say, sure, go ahead and do it if it’s right for you? What’s your advice to New Yorkers?

De Blasio: My advice to New Yorkers is, do not buy a car. Cars are the past. The future is going to be mass transit, biking, walking, and there are so many options right now, and there’ll be more and more as we go forward. I’m never going to own a car again, I can tell you that much. Now, Erin, it’s a very honest question and people are concerned about their health and safety. I fully understand that, but here’s why I would say, especially don’t buy a car now, the crisis – what defines the end of this crisis? A vaccine that works and the vaccine being delivered and people being inoculated on a wide, wide scale. Remember, you’re in a city right now that many regard as you know, the safest city in America right now in health terms. We’re down to a one percent infection level. You know, we have a handful of people going into the hospital at any given day related to COVID.

The crisis will be over. Will it be four, five, six, seven months? I don’t know the exact day, but it will be over. And I think the greatest likelihood is it’ll be over in the first months of 2021. And then a whole lot of action will happen to restore things. It won’t happen overnight, but it’ll happen steadily. I just think cars don’t make sense in New York City with all the other options, let alone the for-hire vehicles and everything else, and the fact that this is a crisis that has an inherent time limit. So, I would note, Erin, people really have been coming back to the subways and buses. It’s not a torrent, but it’s been steady, very steady increases. And I think when you add all that up plus, tragically, a lot of people do not have a job to go to yet, and that will take a while to restore and a huge number of people are working from home. So, I don’t think we’re going to see overwhelming numbers of folks on mass transit for those reasons. And I also don’t think you’re going to see overwhelming car traffic for those reasons. So, I think we can build off what we have, but I would not tell any New Yorker to buy a car unless there’s a really urgent reason for it.