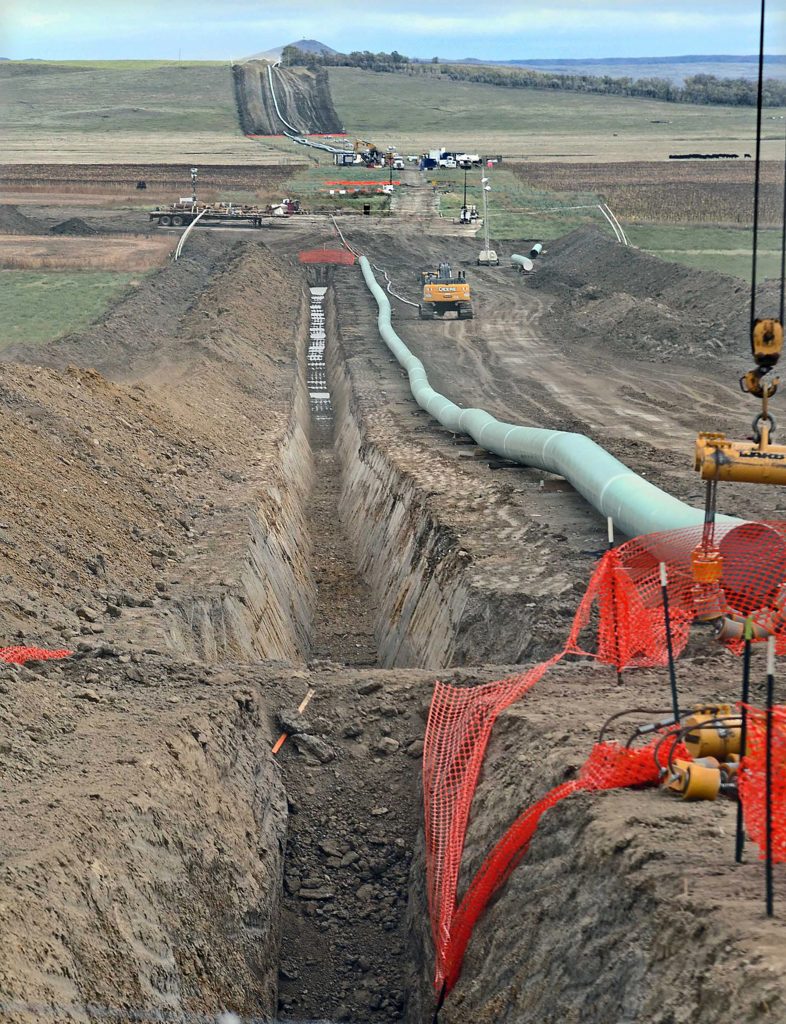 A federal appeals court on Wednesday reversed a judge’s order that shut down the Dakota Access pipeline pending a full environmental review.

The U.S. Court of Appeals for the District of Columbia Circuit sided with pipeline owner Energy Transfer to keep the oil flowing, saying a lower-court judge “did not make the findings necessary for injunctive relief.”

But the appellate court declined to grant Energy Transfer’s motion to block the review, saying the company had “failed to make a strong showing of likely success.”

The appeals court said it expects the parties to “clarify their positions” in the lower court.

On July 6, U.S. District Judge James Boasberg ordered the pipeline closed within 30 days while the U.S. Army Corps of Engineers fulfills his demand to conduct a more extensive environmental review than the one that allowed the pipeline to start moving oil near the Standing Rock Indian Reservation three years ago. This process could take more than a year.

Boasberg cited the “potential harm” that the pipeline could cause before the Corps finishes its survey. He rejected the company’s request to halt the order, sending the case to the three-judge appeals panel. The appellate court paused Boasberg’s order in mid-July to give it time to consider the case.

Jan Hasselman, the EarthJustice attorney representing Standing Rock and other tribes who have signed onto the lawsuit, said the appeals court ruling Thursday was not a setback.

“There is more to like than dislike in this ruling,” he said. “There will be a review and a new permit during the next administration.”

“As the environmental review process gets underway in the months ahead, we look forward to showing why the Dakota Access Pipeline is too dangerous to operate.”

Energy Transfer did not immediately return messages for comment Wednesday.

In arguing against the closure, Energy Transfer said the line couldn’t be shut off by the judge’s Aug. 5 deadline. The company said it would take three months to empty the pipe of oil and perform the time-consuming and expensive steps to keep the line from corroding without the flow of oil.

Texas-based Energy Transfer estimated it would cost $24 million to empty the oil and take steps to preserve the pipe. The company said it would have to spend another $67.5 million each year to maintain the line while it’s inoperable.

The pipeline holds about 5 million barrels of oil when full.

It was the subject of months of protests in 2016 and 2017, sometimes violent, during its construction near the Standing Rock Sioux Reservation that straddles the North Dakota-South Dakota border. The tribe took legal action against the pipeline even after it began carrying oil from North Dakota across South Dakota and Iowa to a shipping point in Illinois in June 2017.

The $3.8 billion, 1,172-mile (1,886-kilometer) pipeline crosses beneath the Missouri River, just north of the reservation. The tribe draws its water from the river and has concerns about pollution. The company maintains the line is safe.

Permits for the project were originally rejected by the Obama administration, and the Army Corps of Engineers prepared to conduct a full environmental review. In February 2017, after President Donald Trump took office, the Corps scrapped the review and granted permits, concluding that running the pipeline under the Missouri River posed no significant environmental issues.

The Corps said that opinion was validated after an additional year of review, as ordered by Boasberg, an Obama appointee, in 2017.

Boasberg ruled then that the Corps had “largely complied” with environmental law when permitting the pipeline but ordered more review because he said the agency did not adequately consider how an oil spill under the Missouri River might affect the Standing Rock Sioux’s fishing and hunting rights, or whether it might disproportionately affect the tribal community.