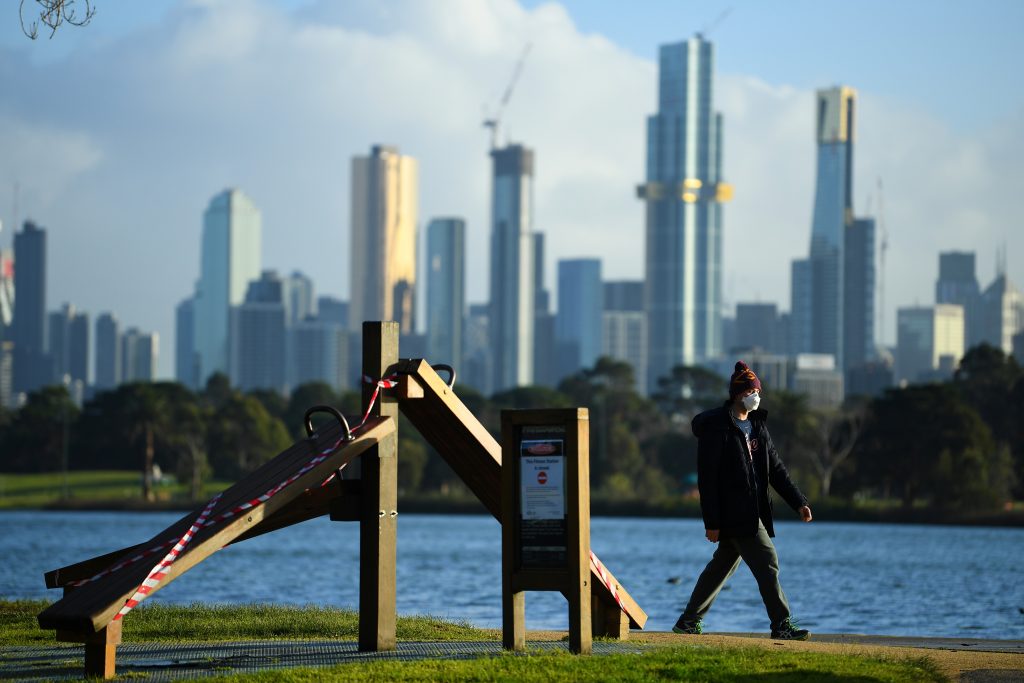 Australia reported a record 15 deaths from COVID-19 on Wednesday, all in the state of Victoria, which was preparing to close much of its economy to control a second wave of infection that threatens to spread across the country.

The second-most populous state in Australia reported a record rise of 725 new COVID-19 cases despite having reimposed a lockdown on Melbourne, the state capital with a population of 5 million people, four weeks ago.

New South Wales and Queensland states introduced new measures to limit the spread of the new coronavirus, which has claimed 247 lives across the country.

In Victoria, the state government imposed a night curfew and tightened restrictions on people’s movements across greater Melbourne on Sunday, and ordered most businesses to stop trading from Wednesday night in a massive blow to the national economy.

Victorian Premier Daniel Andrews said on Wednesday further restrictions would include shutting most child-care centers and expanding a ban on elective surgery to the whole state to free up medical resources for coronavirus cases.

“The notion of more than 700 cases is not sustainable. We need to drive the numbers down and this strategy is designed to do just that,” Andrews told reporters in Melbourne.

“I hope it won’t be the case, but it may be, that the numbers will go even higher over the coming days before they start to come down as a result of the impact of the restrictions,” Kidd told reporters in Canberra.

The tighter lockdown will delay an independent inquiry into Victoria’s hotel quarantine program. Hearings which were due to begin on Thursday will start on Aug. 17, with the final report now due on Nov. 6.

State health officials believe the mingling of security guards with infected travelers in hotel quarantine was the main source of the resurgence of the virus in Melbourne over the past two months.

Victoria accounts for about a quarter of the nation’s economy and has nearly two-thirds of Australia’s almost 19,500 COVID-19 cases.

In northeastern Queensland state, Premier Annastacia Palaszczuk said travelers from New South Wales and the capital Canberra would be barred from Saturday. The state is already closed to Victorians.

“We have seen that Victoria is not getting better, and we’re not going to wait for New South Wales to get worse. We need to act,” Palaszczuk told reporters in Brisbane.

After two months of no community transmission in the state, Queensland now has at least three such cases. Queensland reported one new infection on Wednesday, while New South Wales (NSW), the most populous state, reported 12.

Travelers returning from Victoria to NSW through Sydney airport will be required to self-quarantine in hotels for 14 days from midnight on Friday, the NSW government said.

NSW Premier Gladys Berejiklian said that while case numbers in the state were “pleasingly stable, we continue to be at high risk.”

The closure of businesses in Victoria and curbs on construction activity, meatworks and warehouses are set to cost 250,000 jobs, doubling the number of jobs already lost in the state due to the pandemic.

In another blow to the economy, Australia’s number-two airline, Virgin Australia Holdings, said it would cut 3,000 jobs under its prospective new owner Bain Capital.

S&P Global Ratings said it may lower Victoria’s AAA long-term rating as the current lockdown and border closures would hit the economy “substantially more than we previously expected.”