Family of Stanley Chera, Z”l, to Hold Fundraiser for Trump 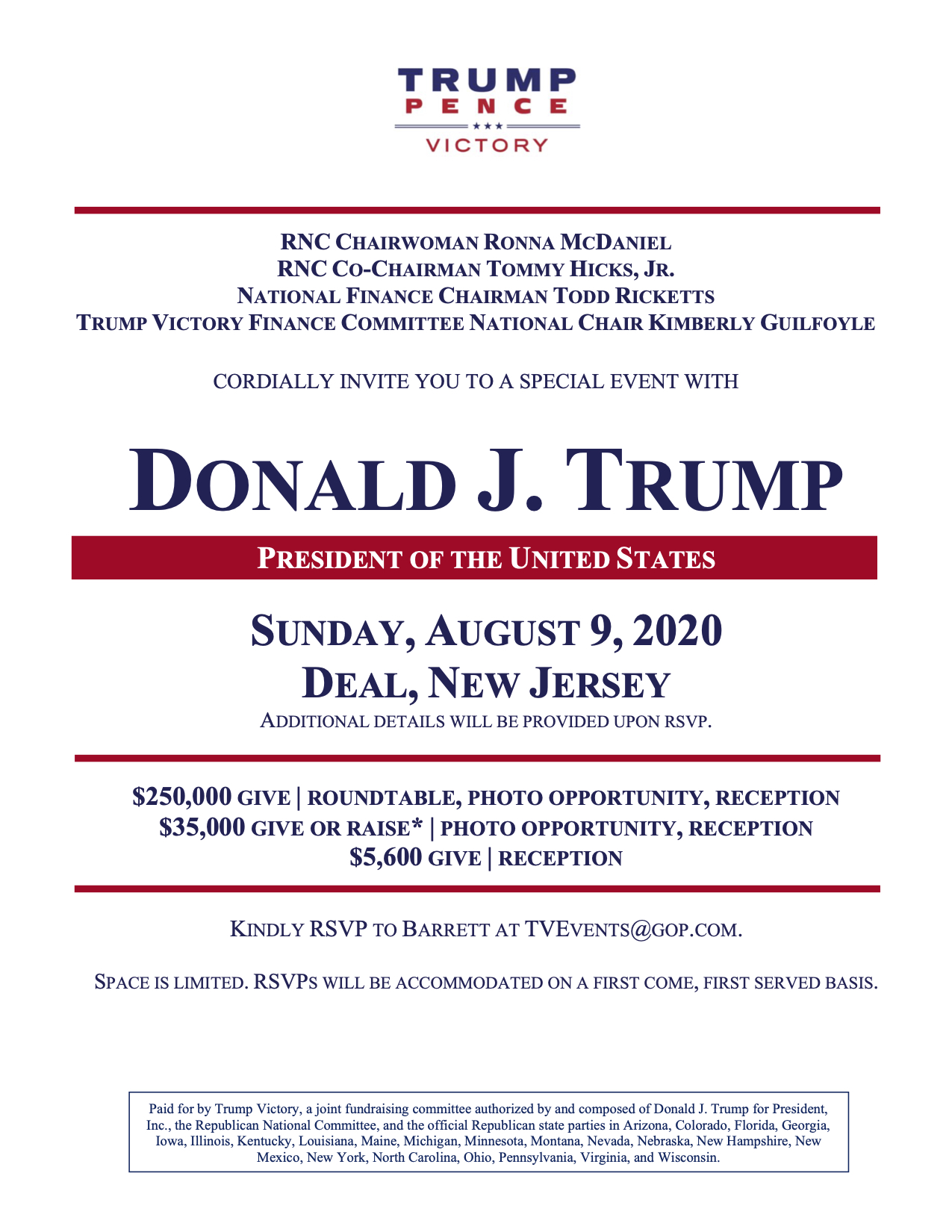 President Donald Trump will attend a fundraiser for his reelection campaign hosted by the family of Stanley Chera, z”l, a friend of Trump’s who passed away from COVID-19.

The fundraiser will be held in Deal, N.J., next Sunday, to donors of at least $5,600 to the Trump-Pence reelection campaign. The invitation lists Republican National Committee and Trump campaign chairpersons as hosts, and states that the event will be held in Deal, with “additional details” to be “provided upon RSVP,” but Hamodia has learned that the event will be hosted by the Chera family.

Chera, a real-estate developer and founder of Crown Acquisitions, was a prominent member of the Syrian Jewish communities in Brooklyn and Deal, N.J., and a noted philanthropist. He passed away on April 11 from COVID-19, at the age of 77. Two days later, Trump, a long-time friend of Chera’s, tweeted, “My deepest sympathies go out to Frieda Chera and the family of the late, great, Stanley Chera, one of Manhattan’s most brilliant real estate minds. Stanley was charitable, kind, and a wonderful friend. He will be truly missed!”