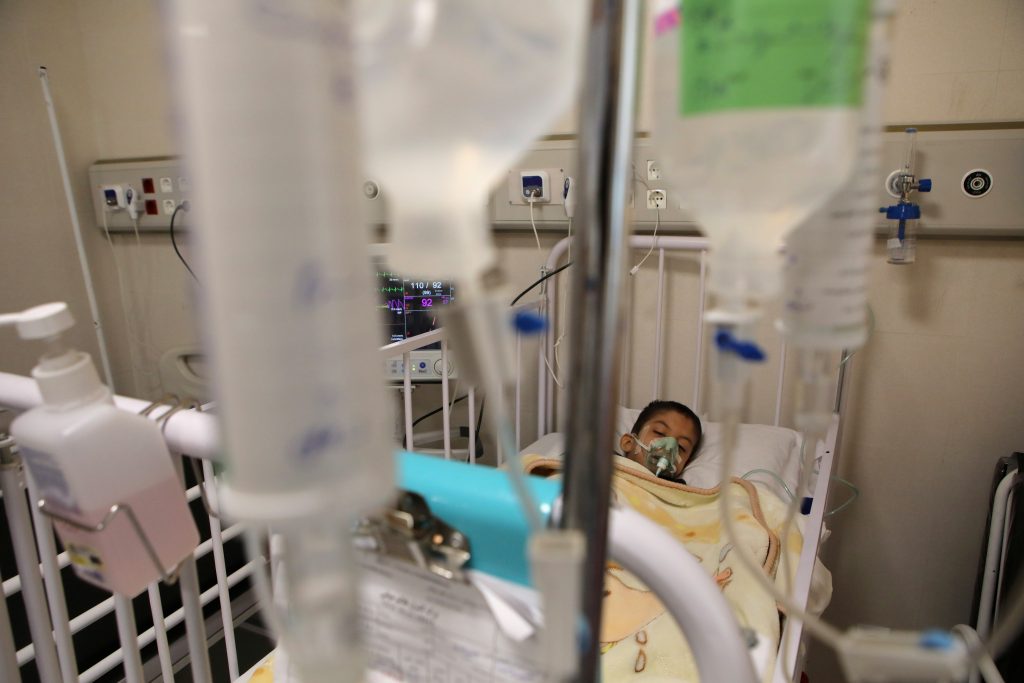 President Hassan Rouhani said on Saturday that some 25 million Iranians may have been infected with coronavirus, as Iran reimposed restrictions in the capital and elsewhere.

The figure, from a report Rouhani cited in a speech, was far higher than Saturday’s official figure for infections of 271,606, and corresponds to more than 30% of Iran‘s 80 million population.

Rouhani’s office said the number of infections was based on an “estimated scenario” from a Health Ministry research report.

Iran has been the Middle East country hardest hit by the COVID-19 pandemic, with infections and deaths rising sharply since restrictions were eased, beginning in mid-April.

“Our estimate is that so far 25 million Iranians have been infected with this virus and about 14,000 have lost their lives,” Rouhani said.

He added that “there is the possibility that between 30 and 35 million more people will be at risk,” but did not elaborate on what he meant.

More than 200,000 people have been hospitalized, he said, adding the ministry expected that another 200,000 might need hospital treatment in the coming months.

An official at the government’s coronavirus task force said the 25 million people mentioned by Rouhani were “mildly affected patients who … did not need to seek medical advice,” the semi-official news agency ISNA reported.

From Sunday, 22 cities and towns in the southwestern Khuzestan province will be under a three-day lockdown, the province’s governorate announced on Saturday.

That will include Behbahan, where police on Thursday fired tear gas into a crowd protesting over economic hardships.