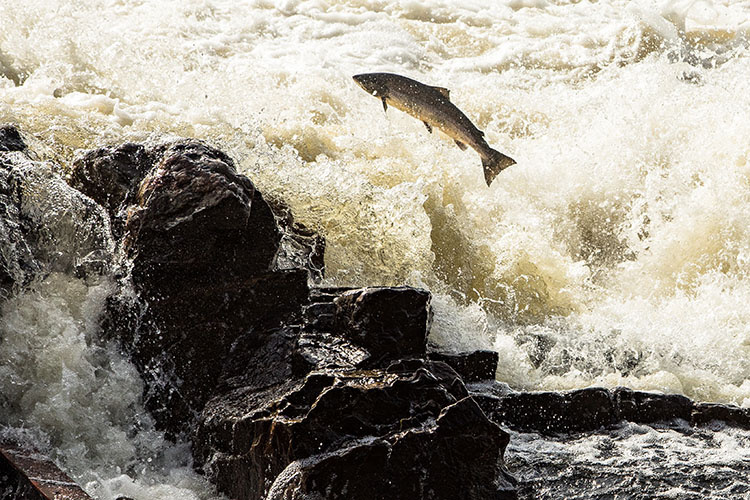 The number of Atlantic salmon swimming upstream in the Penobscot River is already the highest in nine years, despite warm water temperatures.

On Monday, researchers with the Maine Department of Marine Resources said they counted over 1,300 salmon migrating upstream so far this year. Atlantic salmon are endangered in Maine, and fishing them is prohibited.

The fish swim upstream to spawn. Researchers count them on video as they pass through the fishway at the dam in Milford, Maine.

Temperatures in the Penobscot River have hovered around 80 degrees for about two weeks. The warm water temperature stresses the fish, but has not stopped a record number from migrating this year.

When temperatures are cooler, workers at the Milford dam collect salmon passing through the fishgates to send to a hatchery.

Jason Valliere, a marine resource scientist at the Maine Department of Marine Resources Division of Sea Run Fisheries and Habitat, told the Bangor Daily News so far this year they have sent 204 salmon to breed at the hatchery.

This year’s migration is the highest since 2011 when researchers counted 2,900 salmon over the course of the whole year.