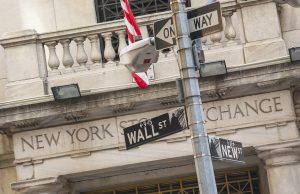 U.S. stock indexes are drifting up and down Wednesday, as a continued rally for big tech companies makes up for weakness elsewhere across Wall Street.

The S&P 500 was 0.2% higher at noon Eastern time, after swinging between an earlier gain of 0.8% and a loss of 0.3%. Treasury yields and oil prices were also holding relatively steady. But caution still hung over markets, as gold nudged toward its highest price since 2011.

Roughly two out of three stocks in the S&P 500 were lower, with several chemical and travel-related companies taking the hardest hits. Offsetting that were gains for several tech-oriented giants, which investors have been piling into on expectations that they can grow almost regardless of the economy.

That helped drive a 0.8% rise for the Nasdaq composite for the largest gain among major U.S. indexes. The Dow Jones Industrial Average was up 3 points, or less than 0.1%, at 25,893 after earlier moving from a gain of 219 points to a loss of 73.

The Russell 2000 index of smaller stocks, meanwhile, was virtually unchanged.

The mixed trading follows Tuesday’s snapback, when the S&P 500 fell 1.1% to break a five-day winning streak. The selling accelerated late in the day, and analysts say investors were likely cashing in on recent gains given the uncertainty that lies ahead for markets.

U.S. stocks have largely churned in place over the last month, with big daily moves up and down offsetting each other. On one hand, budding improvements in the economy are helping to lift markets, which are already getting propped up by immense aid from central banks and governments around the world.

On the other, the pandemic continues to worsen in several hotspots around the world, including across the U.S. South and West. That raises the threat of a derailment for the economic improvements.

This week may be a relatively quiet one for markets, with few headline economic reports left on the schedule other than Thursday’s update on unemployment claims. Next week may have more action, when a couple dozen companies in the S&P 500 are scheduled to report their earnings results for the second quarter.

Expectations for the upcoming earnings season are dismal. More important for investors, analysts say, may be what companies say about how they plan to navigate the rest of the year and even 2021, when profits are expected to grow again.

Treasury yields ticked higher. The yield on the 10-year Treasury rose to 0.66% from 0.64%. It tends to move with investors’ expectations for the economy and inflation.

In Asian stock markets, Japan’s Nikkei 225 slipped 0.8%, Hong Kong’s Hang Seng added 0.6%, and South Korea’s Kospi slipped 0.2%. The biggest action was in Shanghai, where stocks jumped another 1.7%. That brings their gain to 14% for July so far, raising concern that speculators are driving the market.

Benchmark U.S. crude was down a penny at $40.61 per barrel. Brent crude, the international standard, also lost an earlier gain and edged down 3 cents to $43.05 per barrel.

Gold added 0.6% to $1,820.50 per ounce. Its price tends to rise with worries about the economy and inflation, and it has climbed more than $300 since mid-March. Its rise, alongside the stock market’s rally, highlights for critics the disconnect between Wall Street and the economy.