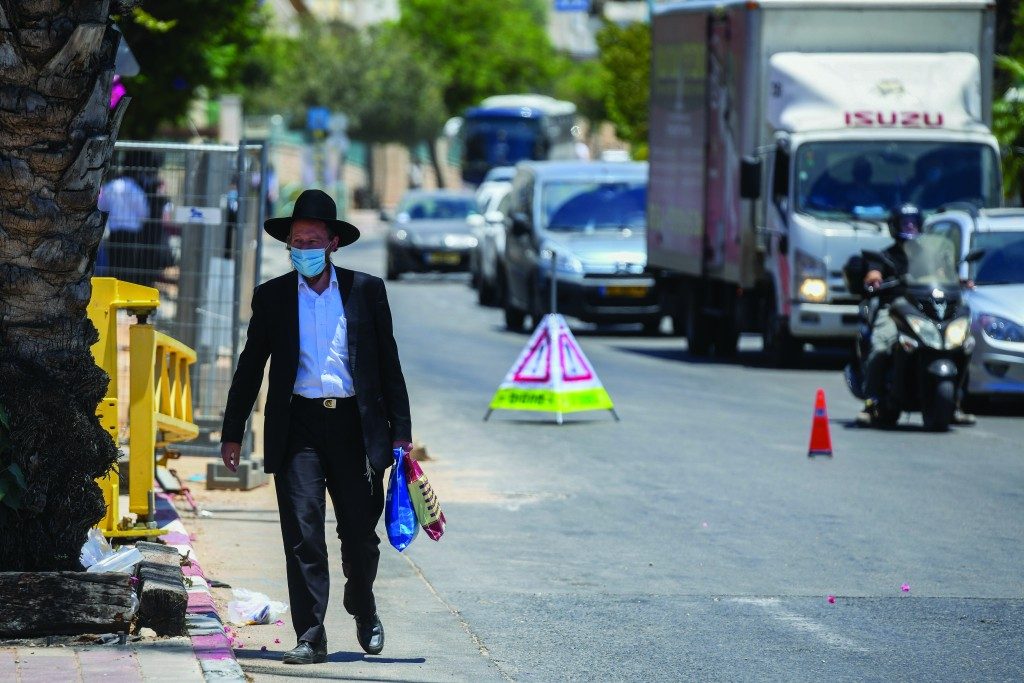 It’s getting tiresome. Every time the government decides to impose measures to contain the coronavirus it starts by targeting the chareidim and institutions that are dear to them.

The Coronavirus Cabinet, which meets regularly to be briefed on the latest numbers and developments and to decide whether to tighten or loosen the reins, couldn’t bring itself last week to close bars or beaches, since these are regarded as “vital” necessities for the public they cater to. But the health minister, a kippah-wearer, was prepared to close shuls.

What’s particularly infuriating is that decisions are made on the basis of inadequate or erroneous information. Official Health Ministry figures, brought to light by a Makor Rishon reporter, showed that only 11 of 302 new cases, less than 4%, were as a result of exposure to carriers in shuls.

Moreover, anyone who has been in shul in Eretz Yisrael knows that there is strict adherence to the requirement that masks be worn — much more so than in restaurants or other public gatherings.

Another example: A Health Ministry official admitted to the Knesset that there was no justification for locking down several neighborhoods in Teveria a few weeks ago. She acknowledged that the decision was based on an error in the ministry’s analysis of COVID-19 statistics.

Even when the figures are accurate, the conclusions reached by the government are unjustifiable. On what basis did the Health Ministry impose a lockdown on the chareidi city of Elad, when its number of new corona cases (11 in a city of 48,000) was a third of the city of Rahat (population 68,000) — which wasn’t shut down?

“There are far more dangerous and sensitive infection areas in Israel than the city of Elad or the chareidi neighborhoods of Teveria, and despite this no lockdown has been imposed on them,” protested Deputy Education Minister Rabbi Meir Porush (United Torah Judaism).

The behavior is reprehensible not only because it discriminates against chareidim, unjustly denying them freedom of movement and of the right to daven in shul, but because it propagates the blood libel that chareidim are the source and main spreaders of the coronavirus.

“I can tell you, the chareidim are more disciplined [in the coronavirus regulations] than the rest of the population,” Yamina chairman Naftali Bennett, who has not always been a friend of the chareidim, told Army Radio. “I walk around Bnei Brak, Elad, Modi’in Illit and in Beitar Illit. The chareidi public is more careful than the general public about masks, distance in the supermarket.”

To be sure, the Corona Cabinet is between a rock and a hard place. It wants to contain the pandemic, but doesn’t want to impose measures that harm the economy. But just as there are those who stand up for business interests — forcing the government to think two and three times before imposing new restrictions — there must be those who stand up for the chareidi public to ensure that measures that are applied to them are based on facts, not on negative stereotypes.