Community Showing Gratitude to the Righteous of the Nations: Street named for Giorgio Perlasca, rescuer of thousands of Jews during the Holocaust
Community 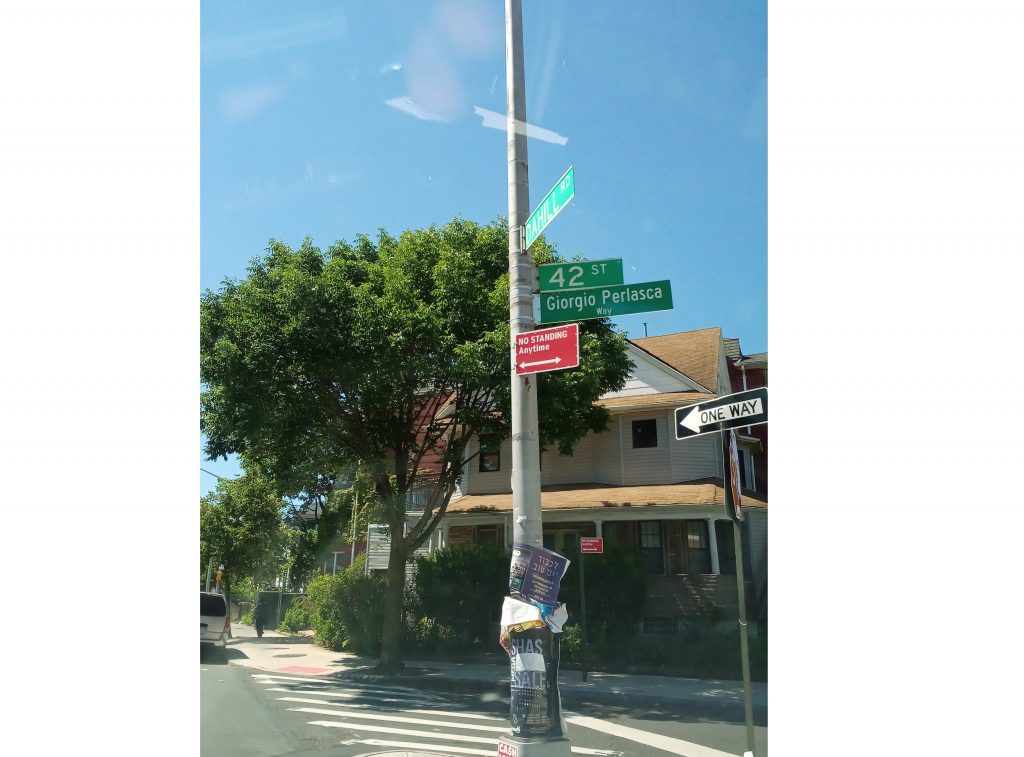 One of the foundations of Yiddishkeit is to show gratitude. An outstanding illustration of this took place in Boro Park this past December, thankfully prior to the outbreak of coronavirus, in the form of a long-overdue tribute to an individual who saved thousands of Yidden during the Holocaust.

The story in short is as follows:

Angelo Sanz Briz, head of the Spanish Embassy in Budapest, provided protection for at least two thousand Yidden in safe houses in Budapest flying the Spanish flag, under a pro-Nazi government, and issued appeals to halt the deportations of Jews — all sans an order from his government.

Giorgio Perlasca, an Italian ex-fascist who had fled Italy after the fall of Benito Mussolini, was employed by him and assisted in this heroic work. Having served in Spain’s civil war, he was able to obtain Spanish citizenship and its protection it offered.

Sanz Briz left Budapest in November 1944, under orders from Spain to leave in view of the new pro-Nazi government of Ferenc Szalasi that came to power. Perlasca himself could have obtained a visa to leave.

Instead, Perlasca illegally seized control of the embassy, changing his first name to the Spanish “Jorge.” He forged a letterhead that vested him with authority as the legitimate new envoy, a fact which German and Hungarian officials believed.

In this capacity he continued to shield Yidden from harm and deportation to concentration camps. He even took to the streets, asserting Spanish protection for Jews imperiled by members of the Arrow Cross (Hungarian Nazi party). He prevented the Budapest Ghetto where 60,000 Jews resided from being burnt down. It is estimated that Perlasca saved the lives of around 5,280 Yidden.

Eventually Giorgio Perlasca returned to Italy, and died in 1992.

Around eight years ago, Bill de Blasio, who before becoming Mayor of New York City, served as New York City Councilman and New York City Advocate representing Boro Park, expressed a desire to askan Rabbi Yitzchok Fleischer to name a street in honor of Perlasca. For various reasons, the idea did not reach fruition but when the idea was revived a little over three years ago, Rabbi Fleischer suggested the triangle at Dahill Road, 17th Avenue and 42nd Street, since it is an entranceway into Boro Park, the selection of which de Blasio concurred with. Rabbi Fleischer submitted the proposal to Community Board 12, which was voted upon favorably. Eventually it reached the City Council which approved the renaming of the triangle as Giorgio Perlasca Way. Community Board 12 District Manager Barry Spitzer affixed the sign.

The sign was put up this past winter. There had been plans to hold a ceremony which unfortunately could not take place due to the outbreak of the coronvavirus.

Perlasca’s memory has been honored in the past. In Hungary a plaque in his memory was installed next to San Esteban Park in Hungary, in one of the houses of Budapest that safeguarded Jews. In Spain he appears on a commemorative stamp dedicated to human rights. In 1987 Mr. Perlasca was made an honorary citizen of Israel and was honored by the Yad Vashem Holocaust Memorial Museum. In 1990 he received the Medal of Remembrance of the United States Holocaust Memorial Council.