Politics On Monuments, Biden Draws Distinction Between Slave Owners and Those Who Fought to Preserve Slavery
Politics 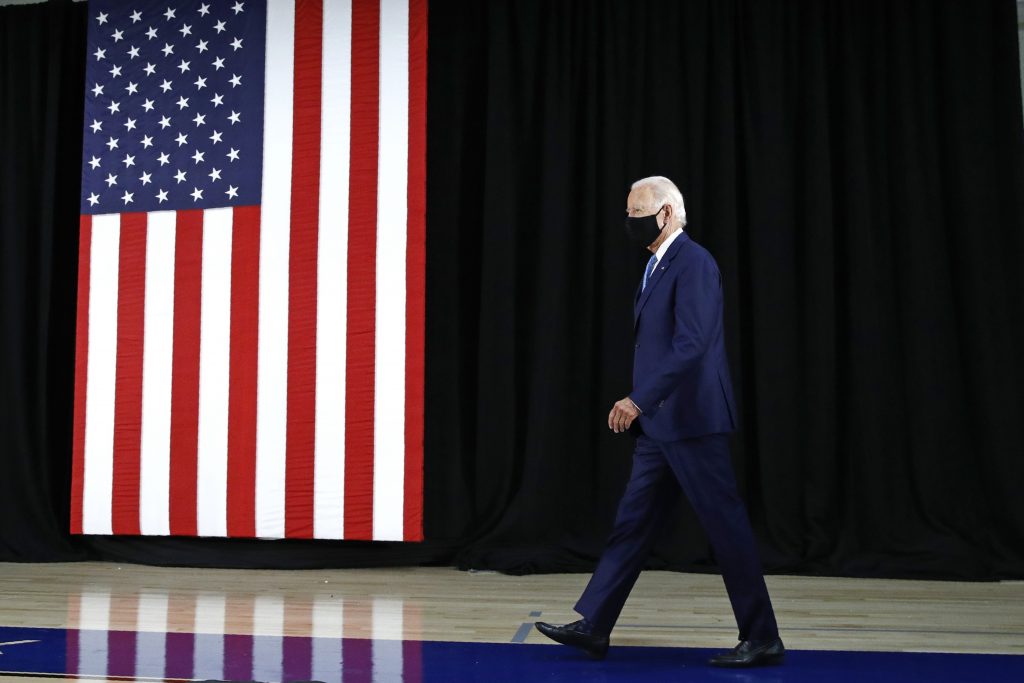 Former vice president Joe Biden drew a distinction Tuesday between monuments to Confederate leaders and statues of slave-owning former presidents such as Thomas Jefferson and George Washington, saying the former belong in museums while the latter should be protected.

Biden’s comments came during a roughly 40-minute question-and-answer session with reporters held in a high school gym here after he gave remarks on how he would approach the coronavirus. It was the presumptive Democratic presidential nominee’s first news conference in months, as the virus has radically changed how he is campaigning.

“There is a difference between reminders and remembrances of history,” Biden said. “The idea of comparing whether or not George Washington owned slaves or Thomas Jefferson owned slaves, and somebody who was in rebellion committing treason … trying to take down the union and keep slavery. I think there’s a distinction.”

He said that statues to Confederate leaders “belong in museums, they don’t belong in public places” while “there’s an obligation for the government to protect” other monuments, naming ones to Thomas Jefferson.

Biden’s comments are likely to anger some on the left who have led a massive rethinking of the country’s historical figures. Demonstrators across the country have vandalized and torn down a slew of monuments, including ones to Robert E. Lee, the leader of the Confederate army, but also to President Ulysses S. Grant, who fought against slavery by leading the U.S. Army but whose wife owned slaves.

Biden also commented on how odd it is to hold a presidential campaign largely conducted via virtual events.

“This is the most unusual campaign, I think, in modern history,” Biden said. He added that he misses seeing crowds and talking to voters, but in another contrast with President Trump, he said he has no plans to change the way he’s campaigning.

“I am not going to be holding rallies,” Biden said.