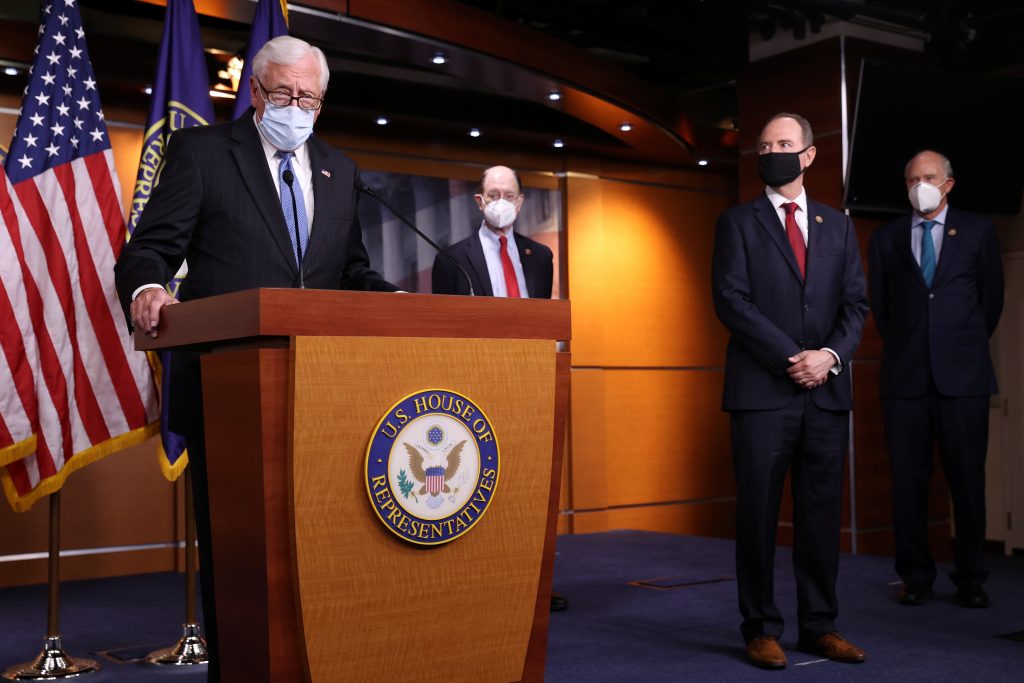 House Democrats returning from a briefing at the White House Tuesday said they still have many questions about explosive allegations that Russia offered bounties to Taliban-linked terrorists for killing American troops in Afghanistan and questioned why President Donald Trump won’t condemn Vladimir Putin over the issue.

Majority Leader Steny Hoyer and a small group of other House Democrats met with White House officials as Trump downplayed the allegations and the White House said he had not been briefed on them. A handful of Republicans received a similar briefing Monday evening.

The Democrats said their briefing was insufficient and they learned nothing new. Hoyer said it was White House officials giving “their perspective” when lawmakers really need to hear from members of the intelligence community. House Intelligence Committee Chairman Adam Schiff said, “The right people to give the briefing really were not in the room.”

The intelligence assessments on the Russian bounties came amid Trump’s push to withdraw the U.S. from Afghanistan. They suggested Russia was making overtures to terrorists as the U.S. and the Taliban held talks to end the long-running war. The assessment was first reported by The New York Times, then confirmed to The Associated Press by American intelligence officials and others with knowledge of the matter.

Armed Services Committee Chairman James Inhofe told reporters on Capitol Hill he is convinced that Trump did not know about the bounties, while Senator Joni Ernst said the briefing provided “no corroboration” on the reports. Meanwhile, Senator Todd Young said the New York Times and Washington Post, first to report on possible Russian efforts to reward members of the Taliban for attacks on U.S. troops, had relied on “unverified and inconclusive” intelligence.

“I don’t think it’s should be a surprise to anybody that the Taliban’s been trying to kill Americans and that the Russians have been encouraging that, if not providing means to make that happen,” said Texas Sen. John Cornyn, also a member of the intelligence panel. “Intelligence committees have been briefed on that for months. so has Nancy Pelosi, so has (Democratic Senate leader) Chuck Schumer. So, this is, this is a more leaks and partisanship.”