Israel Netanyahu: Annexation Going Ahead; Blue and White Have No Say
Israel 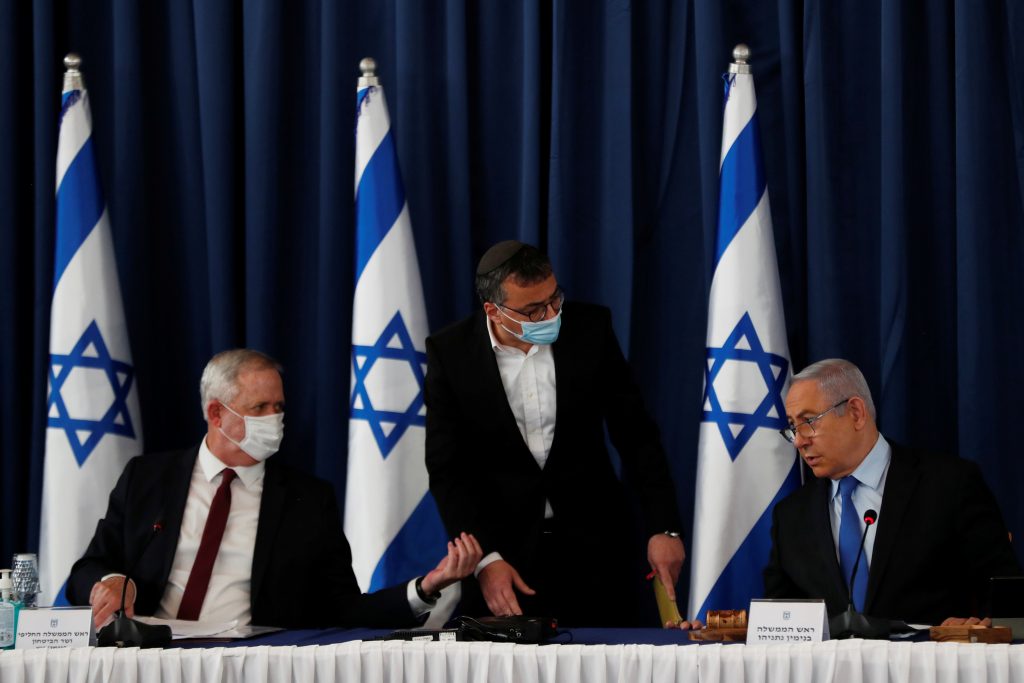 Prime Minister Binyamin Netanyahu said in a closed discussion of the Likud party on Monday that Alternate Prime Minister Benny Gantz’s Blue and White party have no say regarding the planned annexation.

“We are in talks with an American team here in Israel. We are doing so discreetly,” Netanyahu said.

Under the coalition deal between the Likud and Blue and White, Netanyahu can begin extending sovereignty on parts of Yehudah and Shomron on July 1 – which he has repeatedly pledged to do.

The prime minister also addressed concerns that leaders of Blue and White were behind the latest reports that the Jordan Valley would not be included in the sovereignty plan. “The matter doesn’t depend on Blue and White. They are not a factor; they’re neither here nor there,” Netanyahu said.

Meanwhile, Gantz appeared to push for postponing the implementation of President Donald Trump’s Middle East peace plan at a meeting of his Blue and White faction in the Knesset, the same time Netanyahu led the Likud meeting. “Together we will defeat the coronavirus pandemic and deal with its economic and medical impact,” he said.

Hinting to the annexation, he added that “whatever is not connected to coronavirus will need to wait.”