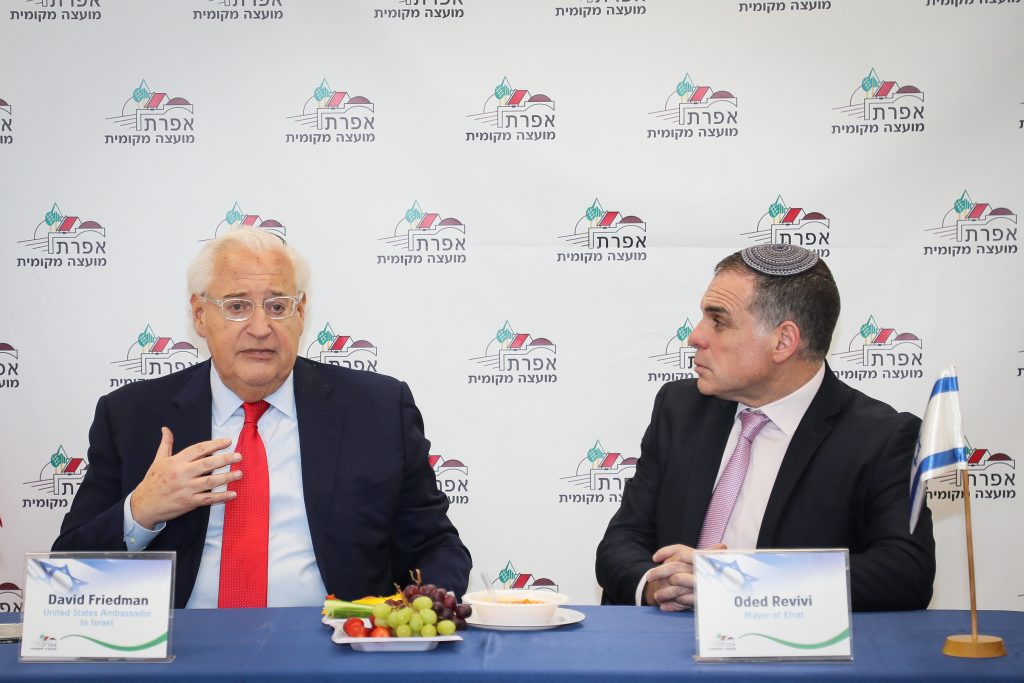 The left-wing Meretz party chairman MK Nitzan Horowitz lashed out at U.S. Ambassador to Israel David Friedman for his strong advocacy of plans to annex parts of Yehudah and Shomron.

“There is no one, not in the U.S. government, not among Israel’s friends around the world, state leaders, neighbors, Jordanians, Palestinians, Europeans, the IDF leadership — no one understands the obsession with annexation,” he said.

“I say this with full knowledge: Aside from Ambassador David Friedman, who in this issue represents only himself, no one wants this annexation, and I hope that in a couple of days, a step will be averted that would have a very heavy price.”

Friedman has been a key figure in talks between Yerushalayim and Washington about annexation, reportedly trying to help resolve tensions within the Israeli government itself on the issue, to provide the united front that will facilitate U.S. support.

Defense Minister Benny Gantz met on Monday with American peace envoy Avi Berkowitz and Ambassador Friedman for the latest in a long series of discussions on the matter.

“July 1 is not a sacred date,” Gantz told Berkowitz, a source close to Gantz told The Times of Israel. “Dealing with the coronavirus and its socioeconomic and health consequences is the more pressing issue that needs to be attended to right now.”

That view was shared by the Meretz chief, who said, “Of course for Americans, just as for Israelis, annexation is at the bottom of the list of priorities.”

“What needs to be done now is to deal with the economy and allow people to live, and to abandon the madness of annexation,” Horowitz asserted.