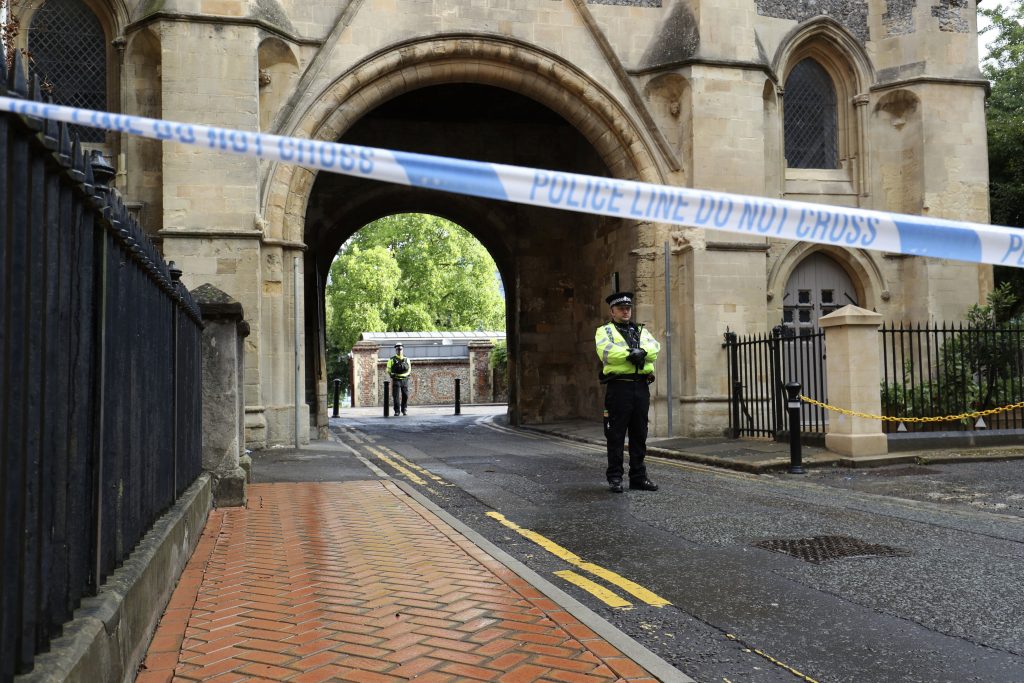 U.K. counterterrorism police have charged a 25-year-old man with three counts of murder and three counts of attempted murder for a stabbing attack in an English park that killed three men a week ago.

British prosecutors authorized the charges filed Saturday against Khairi Saadallah, of Reading. The attack happened June 20 at Forbury Gardens park in Reading, a town of 200,000 people some 40 miles west of London.

The three victims, friends who were identified by police as teacher James Furlong, 36, scientist David Wails, 49, and pharmaceutical worker Joseph Ritchie-Bennett, 39, were enjoying a warm Saturday evening at the park when they were stabbed. Police said Friday that each man had received a single fatal blow.

Three other people also were wounded and have since been released from the hospital. Police declared the stabbings as a terrorist incident the day after the attack, but they have not said what they think the motive was and noted the investigating is ongoing.

“James was passionate about creating a more loving and caring society. His time with us was cut far too short but the impact he made will live on, long long into the future,” the new agency quoted the statement as saying.

Saadallah is due to appear in court on Monday.