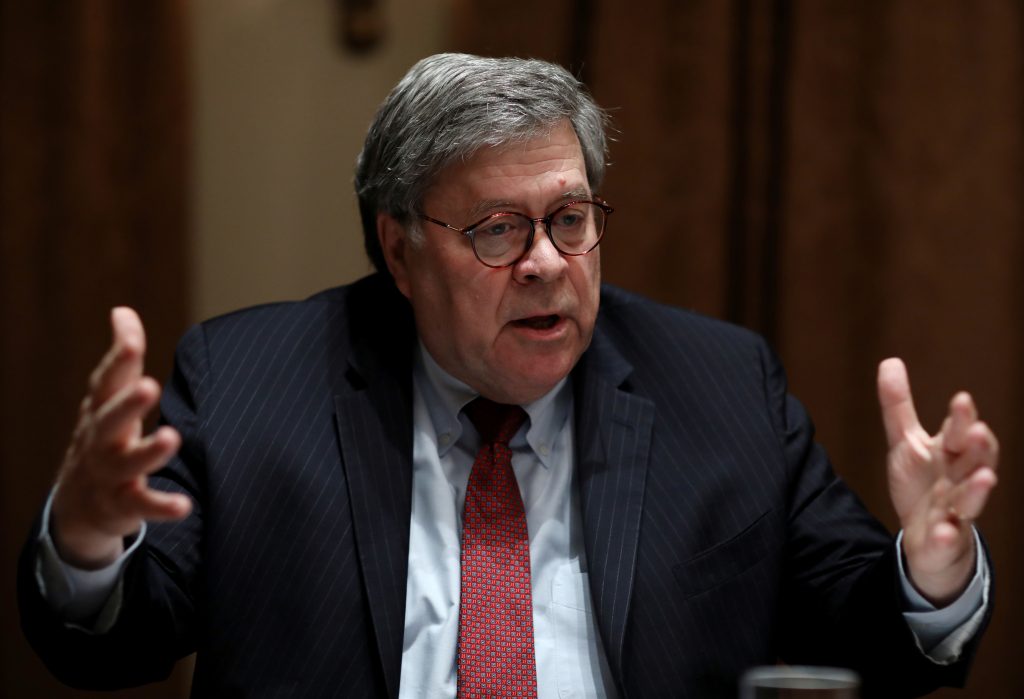 Attorney General William Barr on Friday ordered the establishment of a task force to counter what he called “anti-government extremists” committing violence as protests against police brutality convulse the United States.

In a memo to law enforcement and prosecutors released by the Department of Justice, Barr said alleged extremists had “engaged in indefensible acts of violence designed to undermine public order,” including attacking police officers, damaging property and threatening innocent people.

Protests have spread nationwide over George Floyd’s death in police custody last month and the deaths of other African Americans at the hands of police.

Although largely peaceful, some demonstrators have turned violent, which President Donald Trump and his allies have blamed on left-wing extremists among the protesters.

Barr said the extremists “profess a variety of ideologies.”

“Some pretend to profess a message of freedom and progress, but they are in fact forces of anarchy, destruction, and coercion,” Barr said.

Barr named the militant anti-government movement known as the “boogaloo,” as well as the left-wing Antifa as among those posing “continuing threats of lawlessness”.

Antifa is an amorphous movement whose adherents use confrontational tactics to oppose people or groups they consider authoritarian or racist.

“Boogaloo” members believe the United States will enter into a second civil war, according to the Southern Poverty Law Center, which tracks hate groups. While the ideology itself is not white supremacist, some white supremacist groups have embraced it, the Anti-Defamation League has found.

Federal prosecutors filed charges early this month against three alleged members of the movement accused of plotting to cause violence and destruction at a Las Vegas protest.

The new task force would be headed by two U.S. attorneys, from Texas and New Jersey, Barr said.

It would include members from different law enforcement agencies, but would “particularly draw on the capabilities of the FBI,” he said.