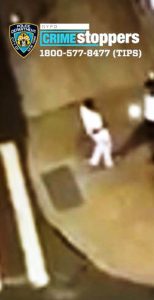 A toddler in the Bronx was left with burns and stitches to his head after fireworks shot through their top floor apartment window on Wednesday, with his family telling Pix11 that he’s lucky to be alive.

Adiel Rosario, 3, was watching the fireworks go off with his siblings, looking out the window of the family’s sixth-floor Bronx apartment. Ongoing fireworks has been an emerging issue in New York City and the rest of the tri-state over the past few weeks.

The young boy suffered first- and second-degree burns along with a laceration to his left bicep.

His arm is now bandaged up and his mother said he’s feeling better. “Thank G-d, it hit his arm and not his face,” his mother, Jerenny Rosario, said.

The fireworks were launched at the corner of West 167th Street and Anderson Avenue in the Highbridge section of the Bronx.

All throughout the day, detectives were looking for surveillance video to track down the suspects. 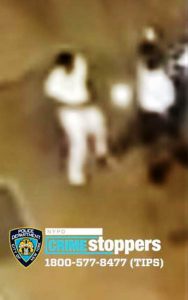 “This just needs to get taken care ASAP,” the boy’s father said. “This could get to the level of killing someone.”

NYPD Chief of Detectives Rodney Harrison posted a video of the fireoworks, writing that “a 3-year-old boy was injured by fireworks while inside of his apartment. The victim was in a bedroom looking out of the window at the fireworks, when one of the shells entered the window striking him.”

Police said that just after midnight on they were called to the home and found the child burned by fireworks. EMS responded to the location and transported the victim to Columbia Presbyterian Children’s Hospital, where he was treated and released. Police were informed that a unidentified group of individuals were lighting fireworks on the street when one of the fireworks entered the 6th floor apartment window and injured the child.

The individuals are described as a group of 4-5 males; they were last observed retrieving fireworks from a gray 4 door Ford Fusion sedan with Pennsylvania license plates.

Anyone with information in regard to this incident is asked to call the NYPD’s Crime Stoppers Hotline at 1-800-577-TIPS (8477) or for Spanish, 1-888-57-PISTA (74782). The public can also submit their tips by logging onto the Crime Stoppers website at WWW.NYPDCRIMESTOPPERS.COM, or on Twitter @NYPDTips.

All calls are strictly confidential.